Some time ago we reported that MiHoYo plans to spend $200 million a year on the development of Genshin Impact. The amount seems absurdly high, but when we look at how much the title has earned so far, our perspective changes.

Analytics company Sensor Tower published a report dedicated to how much Genshin Impact has earned in the five months since its market launch. According to the analysis of the company's staff, the Chinese game generated about $874 million in revenue as of September 28, 2020 (the data comes from the mobile market).

Such a result translated into the third place on the list of best-earning games in the period of September 2020 - February 2021. Genshin Impact had to recognize the superiority of PUBG Mobile ($1.1 billion in revenue) and Honor of Kings ($1.2 billion), while overtaking Pokemon GO and Roblox. 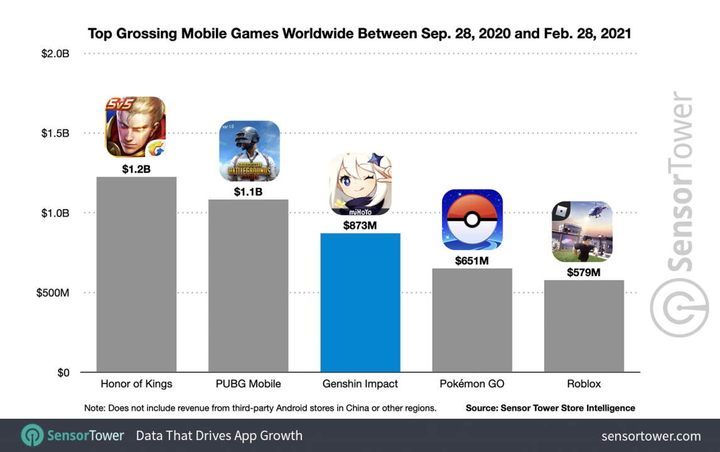 The title earns the most in the Chinese market. More than 71% of all revenue (or about $620 million) comes from that country. Second place goes to Japan ($237 million), and third to the US with $162 million. Considering the whole world, 60% of the money earned comes from the AppStore (about $512 million).

If we take into account the pace of development and the level of investment MiHoYo is planning, the popularity of Genshin Impact is likely to continue, and obviously a lot of money for developers will follow.