Maybe some people find it hard to believe, but next month the latest installment of the God of War cycle will celebrate its second birthday. Although it's a lot of time, it turns out that fans haven't yet found all the fun things hidden in the title by its creators from Santa Monica. This was proved by Lance McDonald, about whom we wrote a lot last December on the occasion of his discoveries in P.T. The man managed to hack the camera in God of War and notice a quite interesting thing present in the first duel between Kratos and Baldur. As it turns out that when the immortal Nordic god is pushed off a cliff at its end, he flips us off goodbye. You can see it in the following tweets.

It is worth noting that McDonald's discoveries were reposted by Cory Barlog himself, the director of God of War and creative director in the Santa Monica studio. It looks like he's happy that someone finally found the joke prepared by his team.

McDonald stresses that he will not stop looking for more easter eggs hidden by the creators of God of War and is curious what he will find. If it's something exceptionally spectacular, you'll probably find out about it from one of our messages. 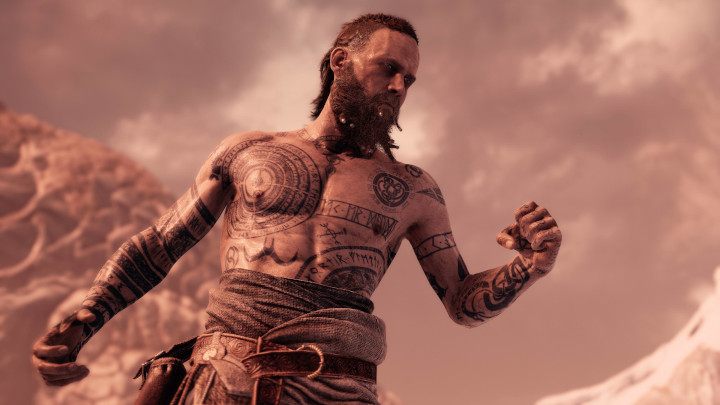 Baldur's first defeat against Kratos was apparently not to his taste.

Let us remind that God of War turned out to be a huge hit. On Metacritic, the game has an average rating of 94/100 from critics, making it the second best PlayStation 4 exclusive (just after The Last of Us Remastered). During the award season, it regularly won the battle against its biggest competitor, Red Dead Redemption II, for the title of the game of the year 2018. Its artistic success has led to excellent sales. A year after the launch, the title has sold over 10 million copies.

As you may remember, the new God of War left a giant hook for a continuation. Unfortunately, so far it has not been officially announced. However, in January this year there was a rumor that the next part is already in production.