Special edition of God of War Ragnarok has become another victim of scalpers. The Jotnar edition was initially available only in Australia at a price of 399.99 Australian dollars. However, buyers are now left with only listings on Australian eBay, where sellers are wishing for up to AUD 1,500 for this edition. The more "gracious" sellers offer the Jotnar Edition for "just" one thousand Australian dollars. 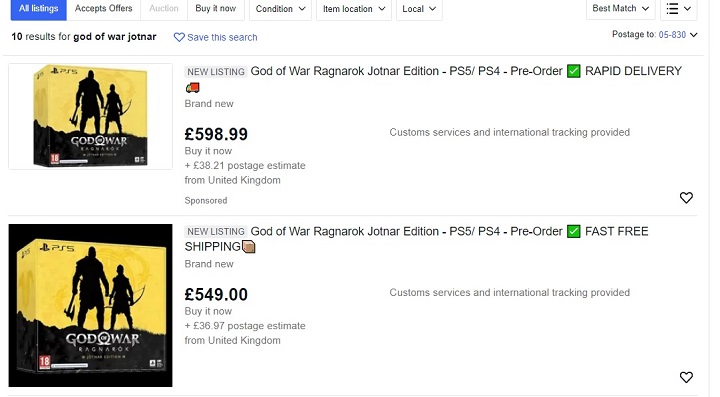 Scalpers first bought up the PS5, and now they've taken on one of the console's games. Source: eBay UK.

Similar "bargains" can be found on other local versions of eBay. For example, in the United Kingdom offers to purchase God of War Ragnarok: Jotnar Edition start at around 550 pounds, more than double Sony's suggested price (229.99). In contrast, on European PlayStation Direct this edition is still unavailable, even though the pre-order option was supposed to have appeared some time ago.

Details on God of War Ragnarok: Jotnar Edition, which includes, among other things, a replica of hammer Mjolnir, can be found in our previous news. The game will debut on November 9, on PlayStation 4 and PlayStation 5.

He Spent 100 Hours Designing a City; Screenshot Froze His PC