On the official Twitter account of Google Stadia, the company assured that the service is not shutting down in the near future, with more games heading to it.

The Google corporation may be preparing to abandon Stadia, a service which enables users to play video games in the cloud. 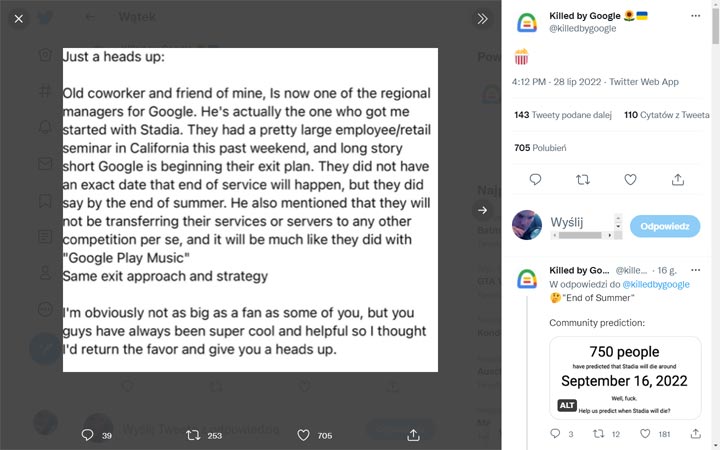 As the people running the Killed by Google account point out, it makes sense to abandon the service so soon, as the company is currently finalizing its marketing plans for the holiday season, and thus would not have to bother with advertising Stadia.

Of course, until this information is officially confirmed, it should be approached with appropriate caution. The abandonment of Google Stadia, however, would not come as a surprise to anyone. The service has not been a great success, and last year the company closed its own development studios working on games for the platform.

It is worth mentioning that this does not mean the end of the technology itself. Some time ago the corporation unveiled the Immersive Stream for Games system, which will enable other companies to offer their own cloud gaming services. The whole thing is based on solutions developed for Google Stadia.

The Lost Wild Shows What Dinosaur Games Should Look Like