Since the news that THQ Nordic is thinking about creating Gothic Remake circulated around the world, fans have been waiting anxiously. The fate of the gamewas to be determined by a survey, which was released together with the game's demo. Today, THQ Nordic revealed that the decision was made to create the title that the fans wanted.

Work on the game will be carried out by the THQ Nordic branch in Barcelona, the same people who created the Gothic Remake demo. The title will hit the PC and next-gen consoles, but it cannot be expected this year. 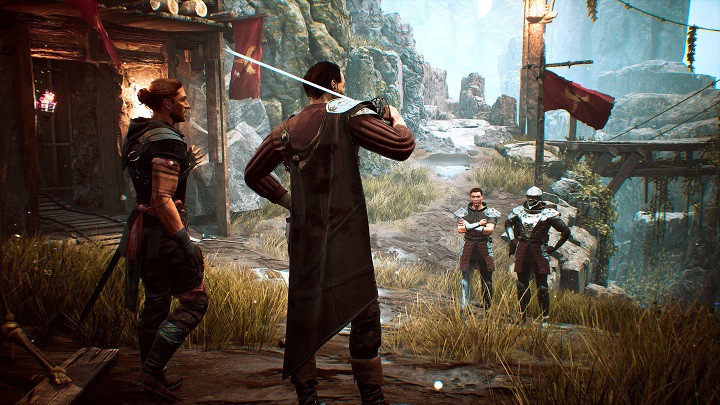 Welcome to the Colony!

Approximately 180 thousand people played the game's demo and over 40 thousand filled in the survey. The overwhelming majority of respondents (almost 95%) supported the continuation of work on the game. Despite many controversies that broke out about the changed atmosphere of the game - e.g. the fans didn't like dropping the scene of hero's "welcome" in the Colony - the demo's storyline decisions were evaluated positively. Nearly 30% of the players thought that such an interpretation of the story was hitting the spot. (Of course, about 50% thought it was "OK, but something could be improved"). Despite some voices of dissatisfaction, only 12 respondents to the survey came to the conclusion that the new interpretation of the story is completely wrong.

We have no choice but to wait for more information.