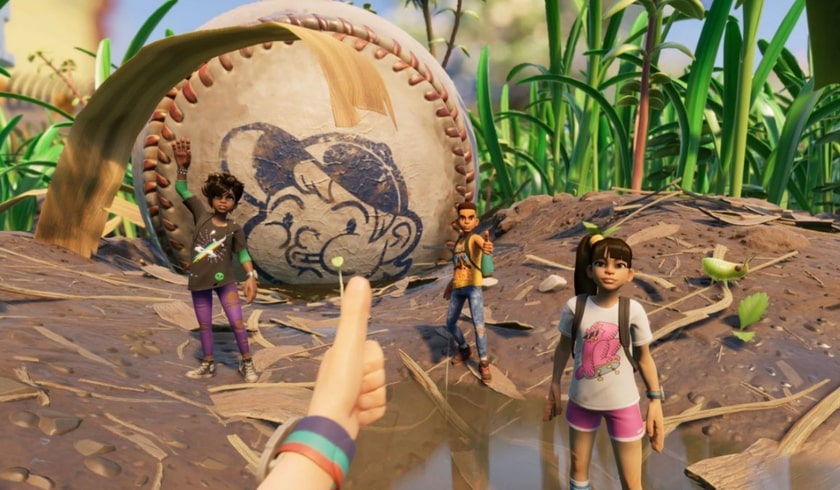 What did you just show me?!
IN A NUTSHELL:

Grounded is an upcoming survival action game from Obsidian Entertainment, known for example from The Outer Worlds or Fallout: New Vegas. Its main aspect is to be a co-op mode for four people. The title was announced during XO19 and will be the first early access title available in Xbox Game Pass offer. Meanwhile, the game's card has appeared on Steam, so we've learned such things as the minimum hardware requirements.

The title can already be added to the wish list, but we will probably wait until spring for the release in early access. By the way, the devs decided to share some information. Let's start with the fact that the studio plans to release the full version in 2021 - but not even an approximate date is given. The finished game is to offer a full storyline, achievements, many locations and crafting recipes, as well as additional functions. Of course in the meantime a lot can still change, especially based on the players' opinions.

In the early access, we will get about 20% of the plot, 3 main biomes (grassy area, hedge, fog), crafting, base, 2 levels of weapons and armor and the possibility to play co-op games in single and online mode. The devs also point out that they will gradually increase the title's price (directly proportional to the new content being made available), so if you are considering buying it, it may be worthwhile to do so as soon as possible.

In Grounded, the characters are reduced to insect size or even smaller. Their job is to survive in a dangerous garden. Tasks that are trivial for a 'normal' person become a challenge for our characters. And don't forget to watch out for ants and spiders - theoretically just like in real life, but the proportions are a bit different. Below you can see the minimum hardware requirements.