The adventure game genre is without a doubt a good field for various experiments, be it in terms of gameplay or audiovisual design. One of the most recent examples of this is Harold Halibut - a sci-fi game from German studio Slow Bros. What is so special about it? Let the answer to this question provide the following trailer, which recently appeared online.

That's right, Harold Halibut certainly draws attention with its graphics, somewhat reminiscent of the Wallace and Gromit series. This is not a misleading impression - the creators themselves make no secret of the fact that their great love and inspiration are works created using the stop-motion animation technique.

The visual elements of Slow Bros.'s work, with characters at the forefront, have been prepared in the form of real, physical models. There was even an effort made to sew small clothes for the figures of the heroes, so that everything seemes as natural as possible. Then everything was transferred to the virtual world with the help of photogrammetry and "pasted" into the game thanks to the Unity 3D engine. You can watch the process in this video:

The action of Harold Halibut will take place in a rather distant future. As Earth was on the brink of cold war, a group of people set out on a journey on an ark-like spaceship to find a new habitable planet. 250 years have passed since these events. The ship landed at the bottom of an ocean located on an alien, aquatic planet. Most of the passengers have already got used to their new home. However, the titular Harold Halibut, junior assistant to scientist Jeanne Mareaux, is constantly searching for a way to leave the planet and find a new, less wet home. 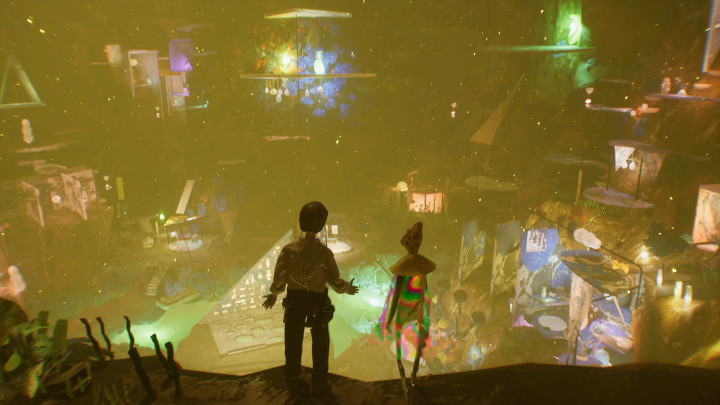 The amount of work put into creating Harold Halibut is impressive.

So far,the exact release date of Harold Halibut is unknown. At the end of the latest trailer we seen only an enigmatic "soon". However, the title already has a card on Steam.