February 22 marks exactly three years since Hunt: Showdown launched in early access on Steam. During this time, the first-person online shooter from Crytek has managed to score an official release, appear on Xbox One and PlayStation 4, receive a number of new weapons, opponents, maps, and other attractions, as well as gather a community of players. And quite a large one at that. On the occasion of a tweet celebrating the third birthday of Hunt: Showdown, the devs boasted that their work has already been checked out by 3 million people. Admittedly, we don't know whether this number includes the participants of the free weekends with the title, but based on the predictions of analysts (via SteamDB) we can assume that it more or less coincides with the number of sold copies.

The number of gamers simultaneously playing the title also looks very decent. This year, during the peak moments on Steam it has not yet fallen below 10 thousand (again via SteamDB). Yesterday, in the hottest period, the game was launched by nearly 13 thousand users of Steam.

Apart from thanking the whole team and fans, the tweet quoted above included a video summarizing three years of development of Hunt: Showdown. It includes the aforementioned new features that have appeared in the game and a small glimpse at what awaits the community in the near future, namely customizable ammunition. Small announcements of its addition to the game have been circulating for several weeks. This attraction is to be a part of the next major update to Hunt: Showdown, which will launch in March (most likely around the 22nd). It will most likely also include a new raven-themed boss. It is to him that the mysterious tag #TheCrowWillFly posted on Twitter refers.

If you would like to join the players of Hunt: Showdown and take part in celebrating the anniversary of the title's release, you can purchase on Steam the so-called Anniversary Bundle, which includes the main game and selected DLCs. 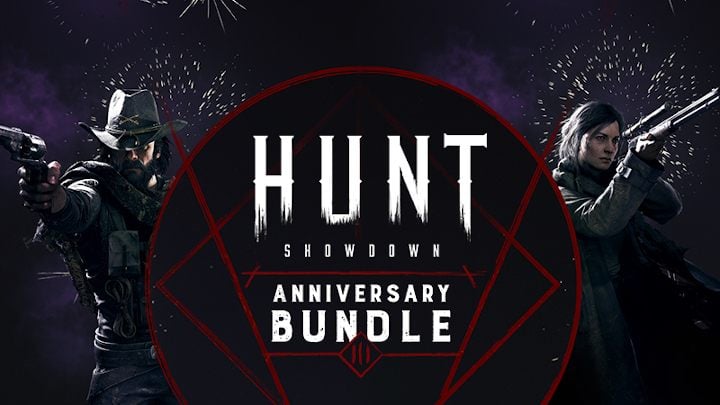 Would you like to get the Anniversary Bundle of Hunt: Showdown?

As you may remember, the development of Hunt: Showdown was not among the easiest. The title was officially announced in 2014, but shortly afterwards, financial problems arose at Crytek, the responsible for the game, which affected the work. Along the way, it scored a minor change in concept. All this caused some players to put a cross on the game. The numbers, however, prove that they may have been wrong to do so. Therefore, fans of the title have no choice but to continue having fun and wait for further attractions prepared for them by the German team.

Google Cannot Fix a Bug in Its Own Stadia Game