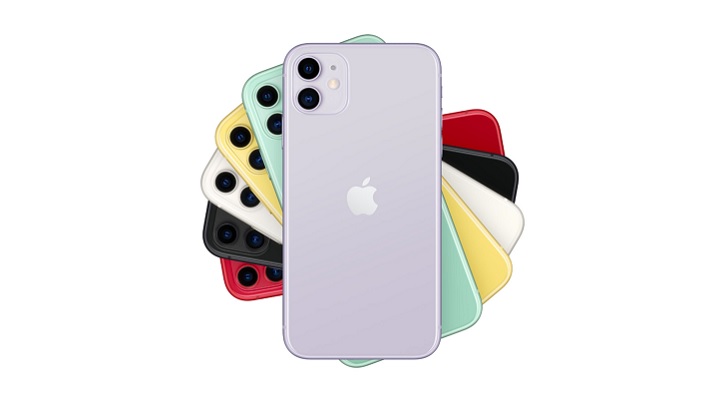 The best-selling smartphone of early 2020 was iPhone 11

According to the latest estimates by Canalys, the best-selling smartphone in the first quarter of this year was Apple's iPhone 11. 18 million consumers worldwide have chosen this model. Its advantage over competitors is significant, as the Xiaomi 8 and 8T smartphone were bought by 8 million people, and the iPhone 11 Pro Max variant sold just over 4 million units. The Apple iPhone 11 Pro was in tenth place with 3 million units. It is also noteworthy that Samsung's flagship models Galaxy S20 and Google Pixel 4 were not in the top 10 best-selling smartphones in the first quarter of this year. 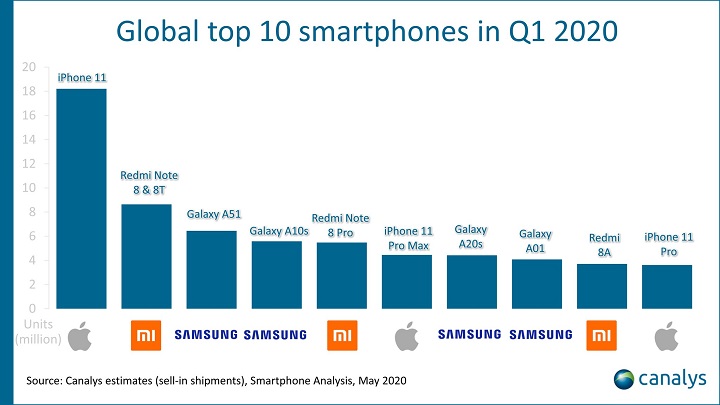 The results published by Canalys may be surprising for many people

The third and fourth place in the ranking are taken by the Samsung Galaxy A51 and Galaxy A10 respectively - proposals from the mid-price range of the South Korean manufacturer, presented at the end of last year. The Xiaomi Redmi 8A smartphone took the penultimate place in the ranking, which is a good result looking at the capabilities of this budget option, valued at about $150.