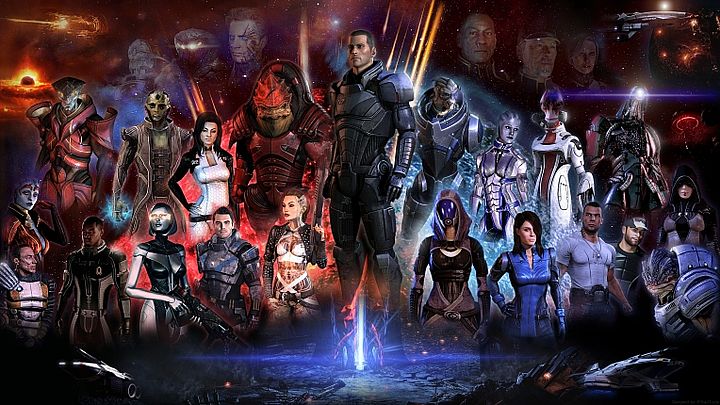 A return to familiar and liked characters could be a good thing for the series.

November 7 is a special day for fans of the Mass Effect series. It's when they celebrate the N7 Day, returning to their favorite space RPG. Unfortunately, this year's celebrations did not bring any announcements (... or maybe it did?). We could only see a few conceptual graphics from one of the devs, with an enigmatic commentary that "there are still many stories left to tell".

Of course, this cannot be treated as an announcement of something new. That would be too beautiful. On the other hand, a very interesting sentence appeared in the last text devoted to Anthem by Jason Schreier. One of the best-informed journalists in the gaming industry, while describing the changes that BioWare's latest game will soon undergo, added that the new Mass Effect is at a very early stage of developement. The title is allegedly developed in Edmonton and is supervised by Mike Gamble, the director of the previous installments. And that's basically all we know.

Of course, this information must be approached with considerable cautions. Several concept graphics and one-sentence are hardly a proof. Besides, it is not entirely clear what kind of story the next installment of the series would tell. Let us remind that the most faithful fans do not acknowledge Andromeda. Would BioWare then decide to continue the adventures of Alec Ryder's children? It's rather unlikely. A return to the trilogy and Shepard, or the creation of a completely new story, set many years before or after the war with the Reapers, seems to be much more thrilling.

We can only hope that Jason Schreier's reports will turn out to be true and after releasing the expected Dragon Age IV (the title will probably appear in 2022) BioWare will release a new Mass Effect. There is nothing left for us to do but to arm ourselves in patience and wait.