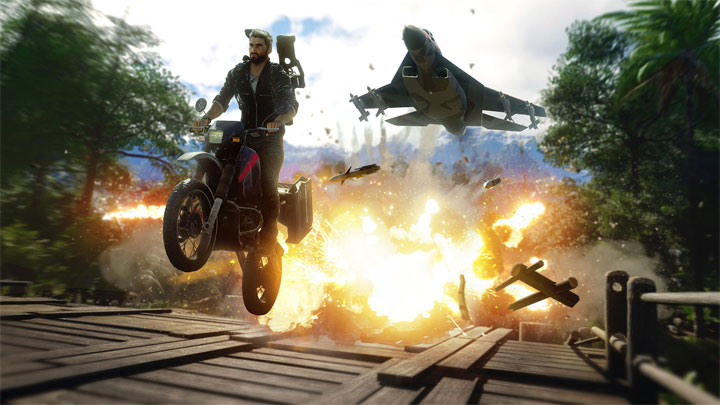 The fourth part of Rico's adventures sold worse than the publisher predicted.
JUST CAUSE 4 IN A NUTSHELL:

Just Cause 4, the next installment of Avalanche's open world action game series, was the last big launch last year for Square Enix. Unfortunately, the production sold below expectations.

The publisher's financial report included an information that Just Cause 4's launch turned out to be much weaker than expected. Unfortunately, the exact sales results were not given. The only indication are the estimates of the paid version of SteamSpy, according to which 72,000 peopple habe bought the game on Valve's platform.

The publisher believes that the reason for the flop was in a small number of novelties in gameplay mechanics. Lack of fresh ideas made it impossible for the project to stand out from previous parts and competing titles from 2018.

It is worth noting, however, that Shadow of Tomb Raider also suffered a poor launch. However, the production was released in September and is still selling decently. It's possible that Just Cause 4 will also earn money in the long run.

Let's remind that JC4 was released on December 6 last year on PC, Xbox One and PlayStation 4. The PC version now has an average rating of 68% on Metacritic. This year the title will receive three paid expansions.

Just Cause 4's poor results are unlikely to have a negative impact on the developer Avalanche. The team is currently working on many other projects. Generation Zero will be released in March, and two months later we will get RAGE 2. We also know that the developer is working on two or three more productions that have not yet been revealed.