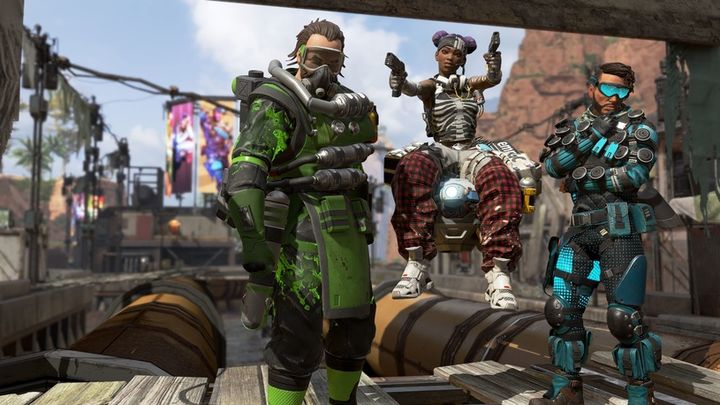 APEX LEGENDS IN A NUTSHELL:

Respawn Entertainment announced that the free battle royale shooter Apex Legends will receive its first new weapon today, the Havoc. The information was published on Twitter and although the gun's short teaser does present some small fragments of the game, they are too vague to draw any concrete conclusions.

Although we are not yet able to say how good Havoc will be as a weapon (we will certainly write about it in our guide), the appearance of a new gun is in itself a very good sign for the future - it shows that developers are committed to delivering new content to their title on a regular basis (hopefully, the rumors about new modes and maps will also be confirmed). A similar strategy was applied by Epic Games in the case of Fortnite, and its effectiveness is undisputed - the megahit shooter keeps breaking new records.

It is also worth noting that there are still new events taking place in the game, drawing in teams from all over the world to compete with each other. The battles can be watched on Twitch (Twitch Prime subscribers can count on additional benefits). The results and details are published on Reddit on Apex Legends thread.

We would like to remind you that Apex Legends debuted on February 4, on PC, PlayStation 4 and Xbox One. The game was announced and made available almost at the same time, but - despite the lack of a long and expensive marketing campaign - it turned out to be a huge success. Within two weeks, more than 25 million people logged in to the servers.