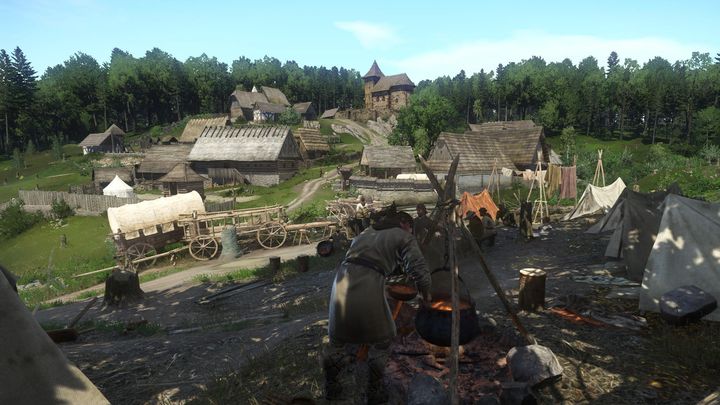 Kingdom Come 2 will probably run on the same engine as the prequel.

During the on-going gamescom 2019, our editor conducted an extensive interview with Tobias Stolz-Zwilling from Warhorse Studios, team known for its successful historical RPG Kingdom Come: Deliverance. The conversation included, among other things, the topic of the graphic engine. Everything seems to indicate that the sequel - which is practically certain at this point, but still not officially announced - just like the first part will be based on the modified version of CryEngine.

“We don't want to change it for a simple reason: we've created so many tools for it, we've adapted it well enough... CryEngine hasn't been used in RPGs before. We've done so much around this engine that we're afraid abandoning it would mean starting from scratch. And considering how long it took us to get CryEngine into the game, it would simply be too much. So we hope for further good cooperation with Crytek,” the dev said.

It's no secret that the engine was chosen because it offers phenomenal vegetation - the end result is very realistic, as anyone who has had the chance to play KC:D has found out. Unfortunately, Crytek's technology also has its limitations - one of them is the number of characters present on the map at a given moment, so the engine is not suitable for presenting large-scale battles involving many soldiers. Those that were featured in the first part of the game were often criticized and ridiculed for their inadequacy, so one can expect that the creators will avoid including such events in the next production.

”We had great ambitions during the Kickstarter fundraiser, including huge battles with hundreds of soldiers, but when we tried implementing them in CryEngine, we learned it was impossible. FPS would drop all the way to the basement. At one point we couldn't have more than six people on one screen, and we needed a lot more. We had to start doing artificial NPCs who were visible in the frame but were doing absolutely nothing. It was hard to use CryEngine for this type of game," we read in the interview.

Another quite serious limitation of CryEngine is the size of the maps - in the version used by KCD developers they can have a maximum area of 16 square kilometers. This means that unless some significant changes are made to the engine, the sequel will not feature a location larger than the one we visited in the first game. However, it cannot be ruled out that we will get a few maps joined by loading screens. Considering the ending of the main plot of Kingdom Come: Deliverance, it will probably be some completely new place or places. One of them could be Prague, which was often demanded by fans.

Kingdom Come: Deliverance is available on PC, PlayStation 4 and Xbox One.