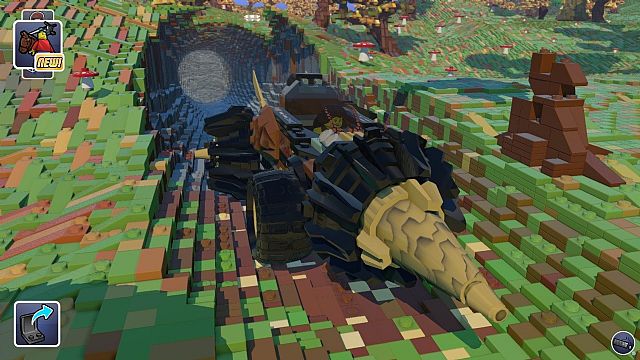 Building stuff with LEGO bricks in the virtual world

Traveller's Tales is busy keeping the fans of the famous Danish building bricks happy. Very soon were going to welcome the release of LEGO Jurassic World, connected with the cult film series Jurassic Park, and now it turned turned that the creators have another LEGO production in store, and its not a small one. The studio has just announced LEGO Worlds, an online sandbox reminiscent of Minecraft and Landmark. Similarly to these productions, LEGO Worlds will offer many tools to assist in creating structures of various shapes and sizes, influencing the landscape etc. In addition to building, we will also be able to explore the virtual world using vehicles (e.g. a giant drill) and riding various mounts  not only horses, but also dragons.

What's more, the game is already available in Steam Early Access, where it can be bought for EUR 14.99  the full version will be more expensive. Over time, the developers are planning to add new content, such as procedurally generated underground, online multiplayer mode, exchanging projects between players, villages and settlements matching the environment, and many other elements. The debut of LEGO Worlds is tentativelty scheduled for the beginning of 2016. The game will be released for PC; so far no mention has been made of versions for other hardware platforms.