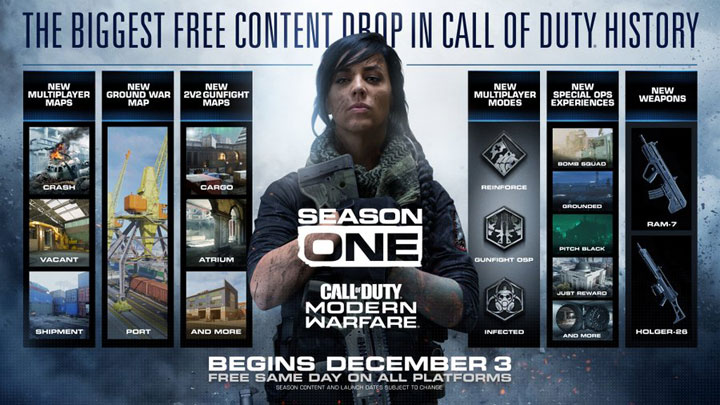 Modern Warfare is about to receive the biggest free update and a lot of optional, paid cosmetic extras.

One of the most important changes in the new Call of Duty: Modern Warfare is the complete abandonment of paid lootboxes. This time the publisher bets on seasons in which key content, such as new maps, will be available for free to all users, and the paid option will be a Battle Pass pass, containing mainly cosmetic elements. Today, at 10 AM (PT), the first season of Modern Warfare will start, simultaneously on all platforms, with the largest content update to date. It is worth noting, however, that all the attractions that have been prepared for this season, will not appear immediately. Some of them will be made available at a later date. What can we expect?

Free content includes six new multiplayer maps, four co-op missions, three multiplayer modes and two weapons and two operator skins. We will unlock prizes up to Tier 23 for free and it will take about an hour to reach each of them. If you feel like doing more, you'll need to get a paid Battle Pass to keep you entertained to level 100 by offering a large amount of cosmetic items such as operator and weapons skins, watches, stickers and straps. 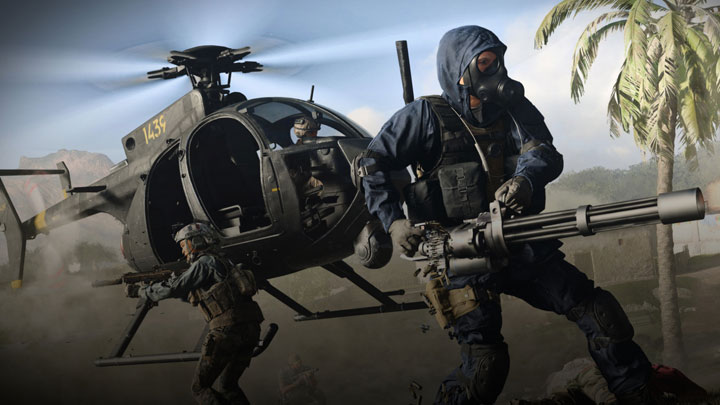 A novelty in the series will be the unlocking COD points by playing (as a prize in Battle Pass), which can be used later to purchase Battle Pass in the next season - so we have here exactly the same system as in Fortnite. The special, more expensive version of the pass will immediately unlock the prizes up to level 20. Each of them will also be available for purchase at once - separately for 150 COD points or all of them together for 150,000 points. All items up to level 100 have already been shown by youtuber eColiEspresso in the video below:

In the United States the pass will most likely cost 10 dollars. What do you think of the new monetization system in Call of Duty?