Marvel's Avengers is experiencing a serious popularity crisis just over a month after its world release. The number of active people on the servers (on PC) is oscillating around 1,000 - 2,000, and Steam Charts recorded a moment (on October 7) when there were only 973 people in the game. See for yourselves. 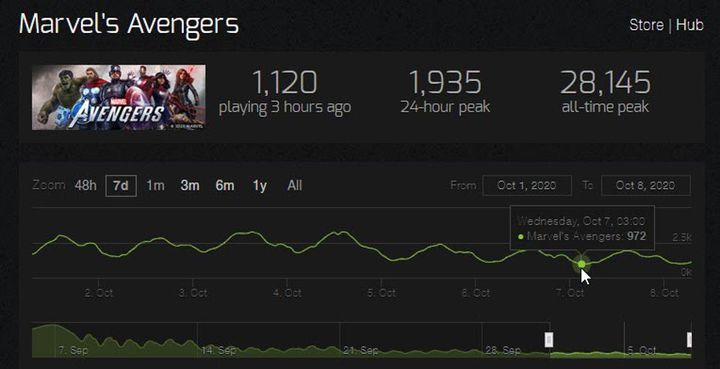 Anthem and Avengers are officially in the same league.

Such low statistics are frustrating for the players, who have to wait up to 30 minutes on their PCs to find the right number of people to play. Forbes reports that the problem also concerns the consoles. For example, on PS4 allies are sometimes controlled by AI in multiplayer mode.

For now, the developers are trying to support their game. By the end of October a new character, Kate Bishop, is scheduled to appear in the game. However, fans are not satisfied and demand more content and repair patches.