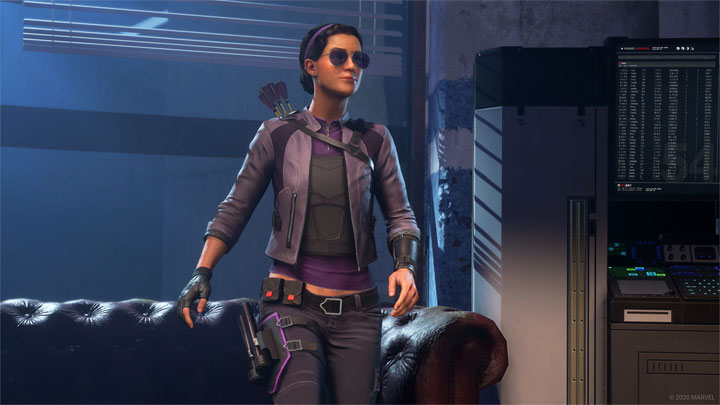 The first additional character will be released in October.

Crystal Dynamics has published another extensive video about Marvel's Avengers. This time the activities that await high-level characters were discussed and it was announced that in October the superheroine Kate Bishop will be released.

Kate Bishop is an archer who was trained by Clint Barton, Hawkeye. The heroine will be introduced to the game for free thanks to an update, which is to be released at the end of October. She will be the first additional character to appear in Marvel's Avengers after the launch.

The superhero will receive her own operation called Taking AIM, whose action will be set after the events from the main story campaign. Interestingly, the adventures of Kate Bishop will constitute only half of the planned story. In November, Barton himself will appear in the game, and his missions will complete the storyline.

Marvel's Avengers will be released on September 4, this year on PC, PlayStation 4 and Xbox One. Ports to PlayStation 5 and Xbox Series X are planned to follow, but we'll wait until 2021 for these releases.

It is worth noting that not all versions of the game will be developed in the same way. Spider-Man will only appear on PlayStation 4 and PS5, probably next March, which has upset many fans.