The coronavirus pandemic has cast a long shadow over the year 2020. This has also had an impact on the gaming industry, with a massive cancellation of industry fairs. Let's add to this the long-awaited release of 9th-generation consoles and it's easy to forget that this year was also the 10th anniversary of Metro 2033. Anyway, the celebrations were not reminded by the devs, who only now decided to catch up. On the official website of 4A Games, an entry on the 10th anniversary of the Metro series was published, revealing the developer's future plans.

Metro Exodus on PS5 and XSX/S

Firstly, the expected, but still very welcome information was confirmed: Metro Exodus will be released on PlayStation 5 and Xbox Series X/S. The new editions of the latest installment of the series will bring a handful of improvements, including higher resolution and fps, shorter loading times and, of course, ray-tracing. It has also been confirmed that those who own the game on PS4 or XONE will be able to upgrade it for free to ninth generation consoles from the same company. The release of Metro Exodus on PlayStation 5 and Xbox Series X/S is scheduled for next year.

While the release of Metro Exodus on new consoles will delight many fans, the second information from the devs should be welcomed with enthusiasm by everyone. The team at 4A Games confirmed that they are already working on the next installment of Metro for PC, PS5 and XSX/S. The devs want to completely rebuild the graphic engine from the previous installment, which will enable them to take full advantage of ninth generation platforms.

What is most interesting, 4A Games is not only thinking about a new single-player adventure. In August, the studio became part of Embracer Group, more specifically Saber Interactive structures. The Ukrainian developer considered it a great opportunity to realize one of its ambitions, which will probably surprise fans. 4A Games is considering providing a "multi-player experience" in the Metro universe:

"At the same time, our partnership with Saber will allow us to explore something that has always been an ambition for 4A Games, but something we have never been able to commit to until now: a multiplayer experience in the Metro universe.

As a small studio we have never been able to do justice to these ambitions, and our ideas have never made it beyond the prototype phase. But with Sabers experience in online gaming, we are now actively exploring multiplayer concepts that will offer a new way to experience the world of Metro." 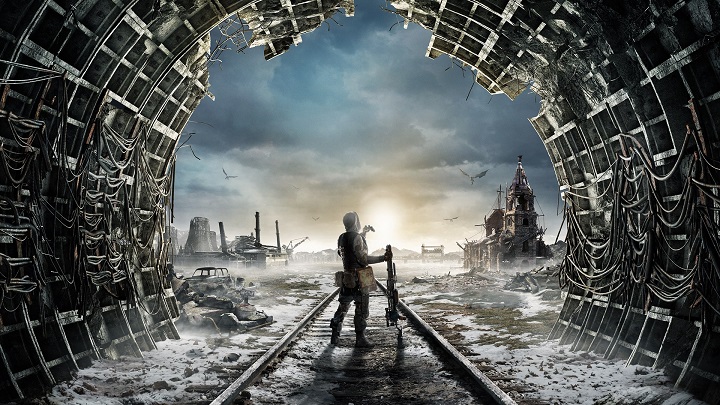 The devs of Metro are interested in multiplayer, but not at the expense of single player.

Probably some gamers will accept such an announcement with reluctance, having in mind other series emphasizing the plot, whose logo was later used to advertise more or less successful multiplayer titles. The team at 4A Games is well aware of this and therefore decided to clarify a few points. First of all, a separate team will work on the possible multiplayer mode, responsible only for that specific element of the game. Secondly, the studio is not interested in following the current trends and delivering something that - even leaving aside the issue of quality - would not have much to do with Metro. Whatever form this online mode takes, it must be based on the principles governing the same post-apocalyptic universe.

Thirdly, and finally, all plans related to the new Metro are still at a very early stage. So there is no guarantee that we will get any multiplayer mode at all together with a story campaign, or it will be an independent game. However, one thing is certain - 4A Games is by no means going to give up games with extensive narrative, which we will be able to experience without the company of other players. 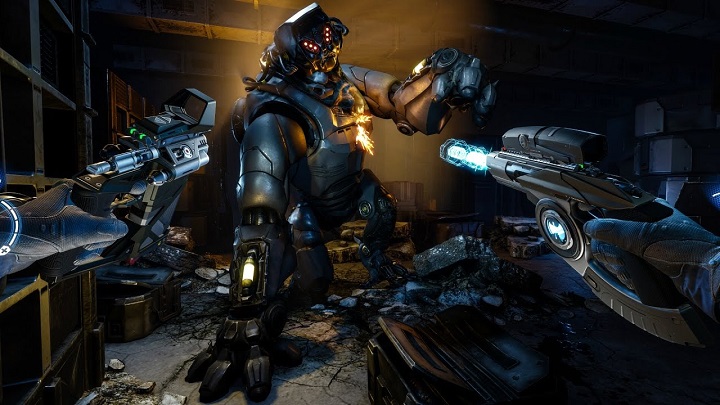 Metro has brought 4A Games fame, but the studio does not intend to limit itself to Russian post-apocalypse.

Metro may be the first (if not the only) thing most gamers associate 4A Games with, but the Ukrainian devs definitely don't want to be a one trick company. We could see that three years ago, when the first VR shooter game appeared, set in a completely different universe. It was not a one-off venture. The anniversary entry emphasized that 4A Games wants to be a multi-project studio and deliver high-budget titles unrelated to the world created by Dmitry Glukhovsky. Thus, the developers repeated their August declarations, although this time too they did not go into details.

It was also emphasized that the company intends to be much more communicative than before. In other words, when 4A Games reveals its new projects, we can expect that it will not fail to remind us of them in subsequent updates. Of course, theory is one thing, and putting it into practice is another. For the time being, the company needs a bigger team, so it is looking for people to work in both its studios (i.e. Malta and Kiev).