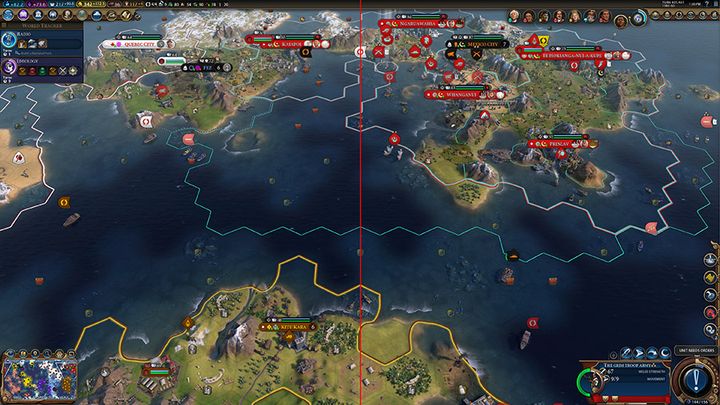 No difference? Exactly - and the game runs noticeably faster thanks to VRS.

The DirectX 12 API has just been complemented by a new technology that will enable developers to take better advantage of current GPUs and speed up video games. Microsoft has announced the introduction of official support for the Variable Rate Shading (VRS) technology. How exactly does this work?

The whole idea is based on the functioning of shaders, whose main task is to digitally describe the colors and geometry of each pixel and, of course, display them properly. They use the "shading rate" parameter, which determines the frequency of displayed pixels in particular areas of the presented image. The higher the value of this function, the higher the quality of graphics we can observe on the monitor screen.

The problem is that in many places generating pixels with a high shading rate was uncalled for because the player would not see a difference anyway - namely large areas of monotonous terrain or large, monochromatic textures. This, in turn, places unnecessary load on the GPU, and thus, reduces the smoothness of the game.

Variable Rate Shading technology is designed to make shaders work more efficiently - for this purpose, the displayed image will be divided into a large number of areas, and the developers will be able to reduce pixel resolution and shading frequency where it is not visible and does not affect the quality of the visual setting. This is expected to result in smoother gameplay, as presented in Civilization VI, where the developers reduced the quality of shading on terrain textures, leaving a high shading rate for units or other important interface elements. Such changes enabled the game to achieve 20% more frames per second.

VRS is now available for Nvidia GPU owners, but soon Intel users will also be able to use the technology, most likely after the release of the next generation of integrated GPUs, included in Nvidia's eleventh generation CPU. Among the game developers who are about to introduce this innovation in the near future we will find e.g. Ubisoft, Activision, Epic Games and Turn 10 Studios.