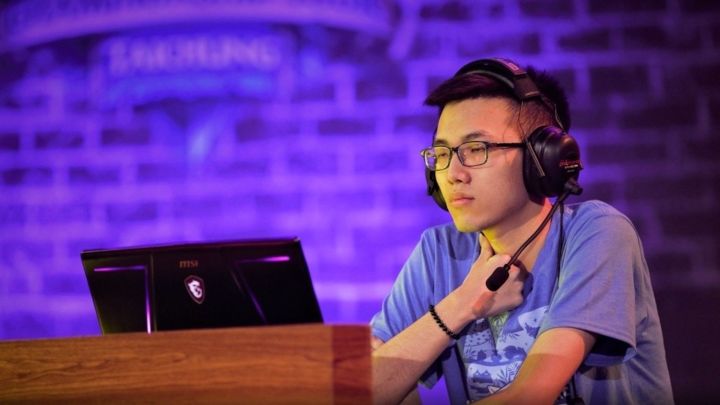 Chung "blitzchung" Ng Wai, the cause of all the fuss.

According to The Daily Beast, two days after Blizzard imposed a penalty on a competitor who, after winning the Hearthstone Grandmasters tournament for the Asia-Oceania region, publicly expressed his support for the protesters in Hong Kong, one of the sponsors, Mitsubishi Motors Taiwan,resigned from supporting the event. The disappearance of the company logo from the official streams was noticed more than two weeks ago by one of the Reddit users, but only now a representative of Mitsubishi, Erica Rasch, officially confirmed the withdrawal of the corporation from supporting the Hearthstone Grandmasters tournament.

Transmission from the Hearthstone Tournament - before and after the sponsor's withdrawal (source: Reddit).

Chung "blitzchung" Ng Wai was initially punished for his action with a year's suspension and the loss of financial prize for the winning match, but eventually the suspension period was reduced by Blizzard to six months. It has also been announced that the player will receive all the money he deserves for winning the Hearthstone Grandmasters tournament. Blitzchung admitted through Twitter that he understood his mistake and thanked Blizzard for easing the sanctions imposed on him.

The gaming community seems to be less understanding of Blizzard than blitzchung. This Friday at 11 AM PT in front of the California hall of the Anaheim Convention Center, a protest against the violation of freedom of speech by the American corporation is to begin. The time and place of the event are not accidental - the action coincides with Blizzard's BlizzCon 2019 event, during which, according to unofficial information, the company plans to announce Diablo 4, Overwatch 2 and Diablo 2 remaster.