At the moment when these words are written, only eighteen hours are left to the reveal the new installment of the Need for Speed franchise. The countdown continues both on the official website of the series and on YouTube, where you will be able to see the first trailer of the upcoming game. As it turns out, the URL of the latter confirms recent reports, according to which the game is to be entitled Heat. It contains a fragment of "nfs-heat-reveal-trailer", which does not leave much room for debate.

It is difficult to say whether this is a mistake or a deliberate action. However, the subtitle itself is still not much, and EA still carefully hides the cards associated with the content of this production - currently we only know that it will be available for sale this autumn. It is worth noting that Electronic Arts has already announced its participation in the gamescom 2019 fair, so we can assume that tomorrow we won't learn all the information related to the project, and we will have to wait a week until the start of the gamers' days in Cologne to get some more information. 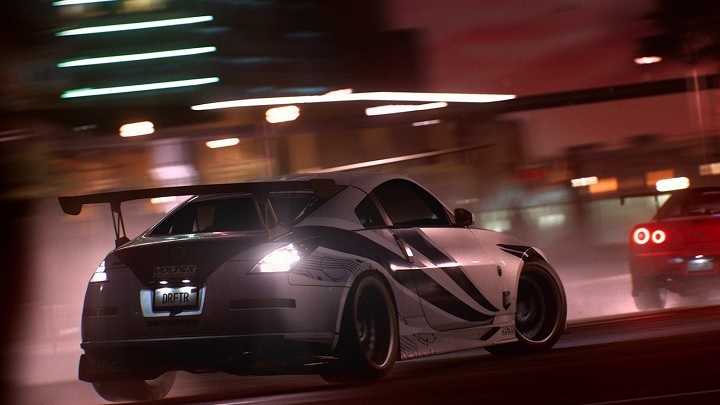 At the moment, it is still not clear what will be the atmosphere of Need for Speed: Heat.

We have known sinceFebruary that Need for Speed: Payback will have a successor before this year's Christmas. However, prior to E3, Electronic Arts had cooled down the fans' enthusiasm, confirming that the title would not be brought to Los Angeles. At the end of July, however, the game began to come out of the shadow, and yesterday the official countdown before its announcement began.

Tomorrow we will find out whether the team at Ghost Games, currently responsible for the development of the franichise, will decide to follow the path set by Payback and bet on a slightly more cinematic gameplay, or will try to return to the roots of the series and offer us a title modelled after the iconic games from the Underground or Hot Pursuit subseries (because the chances for it being base on the classics, such as the immortal Porsche Unleashed are rather slim but... hope dies last, as they say).