Unlike the E3, where previously unknown games lead the way, gamescom is a feast mainly for titles that players already been heard of. However, also in Cologne, developers and publishers put their carefully hidden cards on the table, presenting games that were previously kept under lock and key. Since there are many titles that will be on display at the German trade fair, we have prepared a comprehensive summary of the most important titles. Of course, we still do not know about many things, so with time, the list will be updated (as the exhibitors reveal the so-called "line-ups"). 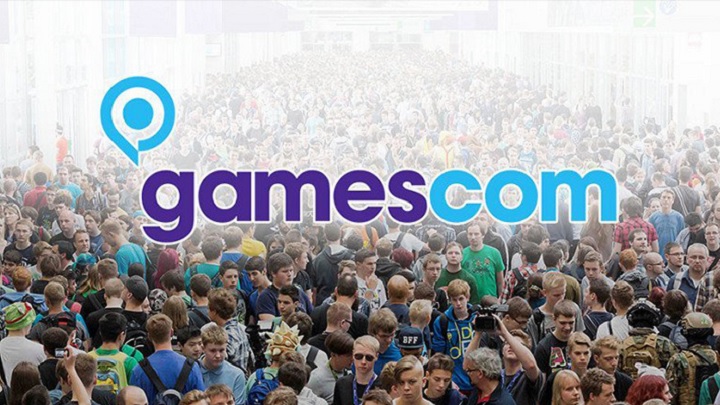 While the E3 fair is largely an event for the chosen, gamescom can be visited by everyone with a bit of luck.

It is currently unclear whether WWE 2K20 will be among the games shown in Cologne by 2K Games.

Acitivision has announced that among the games presented at the opening ceremony of the fair, there will be a game from its portfolio. One might suppose that the company meant Call of Duty: Modern Warfare, but it has not been confirmed yet.

As was the case with Activision, Bungie only confirmed its presence at the opening ceremony of gamescom. Developers will probably tell us about the transformation of Destiny 2 into a free-to-play game and present the latest DLC to the game named Shadowkeep.

The way in which Capcom will present itself at the opening ceremony at the trade fair is a big unknown. Who knows, maybe the Japanese will announce another game from the Resident Evil franchise? It is said that not only the eighth installment of the series is being developed, but also the remake of the iconicResident Evil 3: Nemesis....

The game from Deep Silver portfolio, whose presence at the gamescom fair has been confirmed, is the strategy game titled Iron Harvest. In addition, the publisher is expected to attend the opening ceremony, where we may see new materials from Shenmue III or learn more about the upcoming expansions to Metro Exodus, namely The Two Colonels and Sam's Story.

Electronic Arts will come to Cologne with its upcoming games. One can expect FIFA 20 and Star Wars Jedi: Fallen Order to be present at the fair. In addition, the publisher should reveal some carefully hidden cards related to Plants vs. Zombies: Garden Warfare 3, as well as this year's edition of the Need for Speed series, which will probably be subtitled Heat.

Epic Games is to mark its presence at Gamescom Opening Night. We can expect to hear something about Fortnite's future and the attractions designed for Epic Games Store customers.

At the time when these words are written, Focus Home Interactive has not yet confirmed its participation in this year's gamescom fair. However, the publisher has a number of upcoming titles in its portfolio, so we can assume that it will appear in Cologne. What games are we talking about?

Google will attend the opening ceremony of the fair, where it will certainly tell us about the cloud-based Stadia service. Who knows, maybe we'll also hear about the productions prepared by its in-house developers?

Private Division confirmed that at gamescom we will see Disintegration. However, it can be expected that the publisher will also bring to Cologne The Outer Worlds and Ancestors: The Humankind Odyssey.

During the opening ceremony Sega company is to announce a new AAA game. In addition, the company will bring the Sega Mega Drive Mini console to Cologne, as well as two games, namely:

Sony Interactive Entertainment has confirmed that we will see Death Stranding in Cologne. At the moment it is not known whether Concrete Genie, MediEvil, The Last of Us: Part II or Ghost of Tsushima will be present at the gamescom fair.

THQ Nordic will announce a new project at gamescom. The company will also bring the following games to Cologne: