The latest trailer for the upcoming Hyrule Warriors: Age of Calamity featured everyones favorite maraca-wielding, inventory-expanding korok, Hestu. The large korok is joined by his smaller friends as well, who appear hidden in various places much like in the original game. The main question of course will be if they serve a similar purpose to what they did in Breath of the Wild?

This trailer also showed off the new unique uses of the four runes. Zeldas bomb-spewing robot once again takes center stage, its tough to imagine ever getting tired of it. Hopefully this machine is a part of the eventual Breath of the Wild sequel.

Mipha and Revali use the cryonis and stasis runes, respectively, to freeze groups of enemies. Impa also uses the magnesis rune to steal weapons from a group of enemies and make them into one large weapon that she then swings at them. 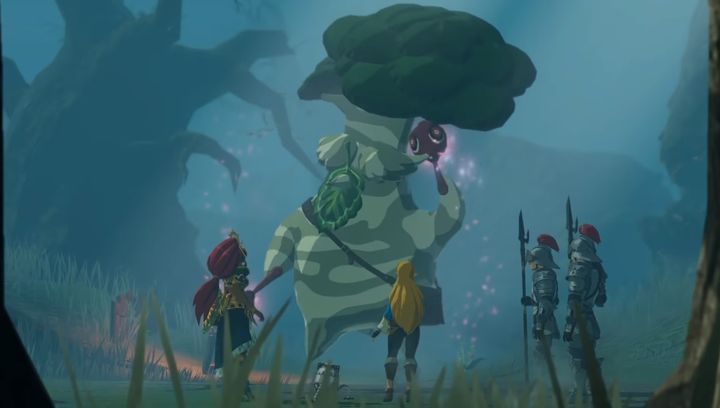 One other small thing was Link using a boomerang to fight, as well as showing off several different outfits, further confirming the various combat options carried over from Breath of the Wild.

The trailer ends with Link and a few friends gliding off into the sunset, showing Impa and Daruks unique paragliders.

What are you most looking forward to in Hyrule Warriors: Age of Calamity? Theres only about one month left until the game arrives on November 20th.