Mount & Blade II: Bannerlord has been continuously supported by developers since its launch in early access on March 30. It is enough to write that in the last month it received 18 patches and hotfixes. An impressive number, although of course the game is still far from being finished. The latest patch, marked with the number e1.1.2, has brought an interesting change - reducing the chance of producing a child. 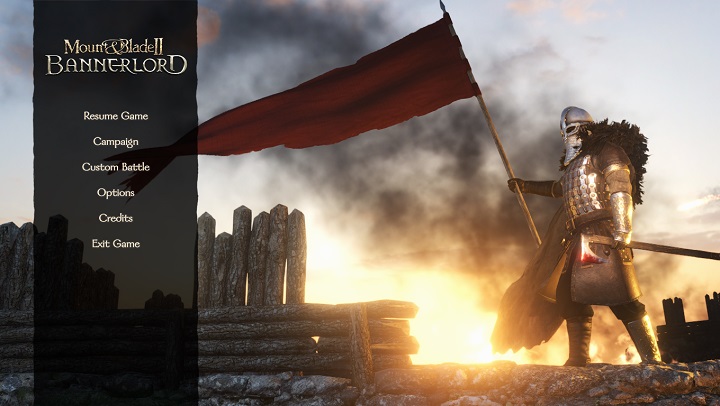 I've been playing Bannerlord since launch and I see the devs still have a long way to go.

The problem with the excessive number of children must have been noticeable, since the developers decided to adress it. User comments confirm that:

That pregnancy fix was needed I had over 20 kids at one point :P

>Pregnancy chance has been lowered

Many thanks from my character, his wife and their eight children.

It seems, however, that the problems presented above do not affect everyone. Personally, after almost 60 hours of playing I have only one offspring. 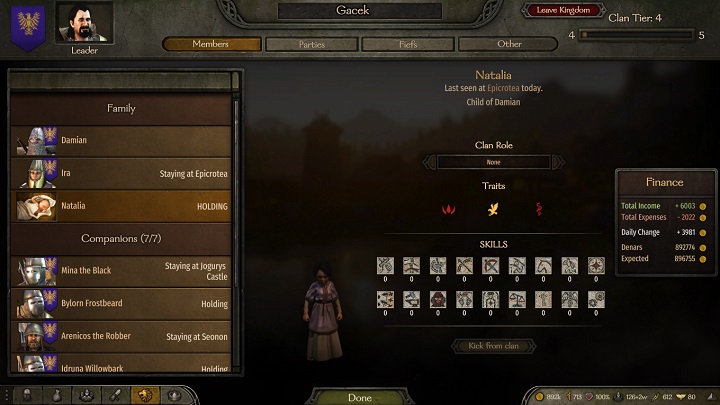 Natalia - stingy and cruel, she takes after her mother.

Why kids in Mount & Blade II? At the moment their main function is that after our character's death we can continue playing as one of the kids. Additionally, when a descendant grows up, he can serve us as a companion or commander of his/her own army.

All we have to do to have a baby is to get married. To do so, you need to find a suitable partner, pass some persuasion tests and pay the leader of the clan to which pur belowed belong. But don't expect a ceremony - so far having a wife or husband is no big deal. Then, we wait. Some tutorials recommend having your wife/husband on the team so that the "magic" can work. In my case, however, nothing like that was necessary. And don't you dare tell me it's not my baby!

Of course this is not the only change introduced by the last patch made. The players will also be interested in the fact that the troops will now be using their weapons better. This will make battles even more dangerous. You can see the full list of changes here. Looking at the "fertility" of the creators and the amount of work that is still ahead of them, we can expect further updates soon.

AM4 Socket Refuses to Die; Will Support AMD Ryzen 4000 CPU

Call of Duty: Vietnam Could be This Year's CoD