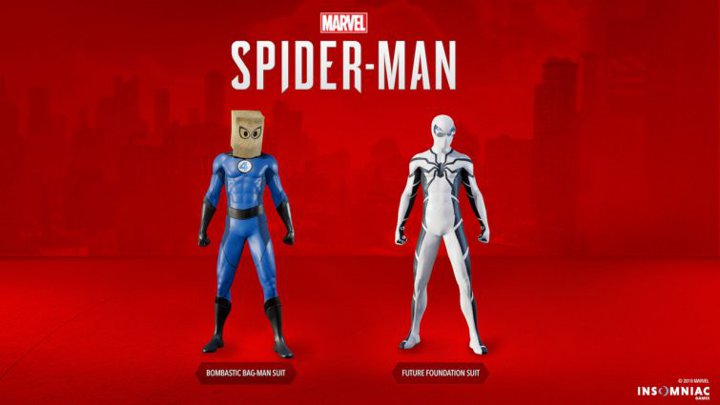 What should I wear today?

Marvel's Spider-Man on PlayStation 4 has been updated once again. The patch marked with number 1.14 and introduces two new free outfits for our spider hero  Bombastic Bag Man Suit, a humorous costume with a paper bag instead of a mask, and the black-and-white Future Foundation Suit. Both of these costumes were worn by the hero during his adventures with the Fantastic Four. Insomniac Games decided to put them in the game to celebrate the special week in Marvel, which focused on a famous family gifted with extraordinary powers. 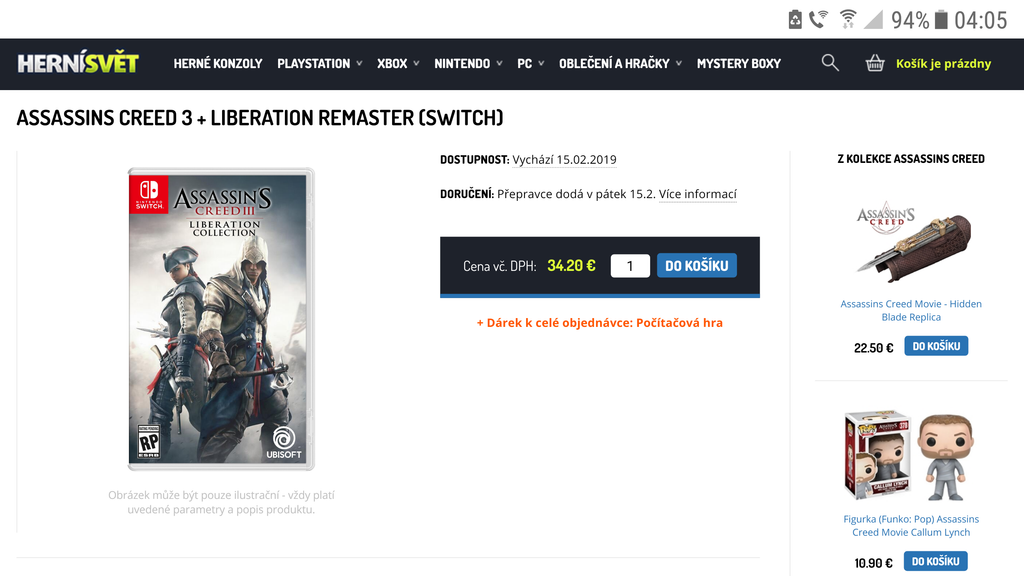 We have another leak from the vendors. This time the Czechs were the source. According to Reddit users, several online stores in Czech Republic have offered the option to buy remastered versions of Assassin's Creed III and Assassin's Creed Liberation on Nintendo Switch. For the sake of clarity, we are talking about physical copies, not streaming, as in the case of Odyssey in Japan. If the screenshot is right, the set will cost 35 euro and will br released on February 15, this year. And here comes a serious issue, because the remasters of Assassin's Creed III and Assassin's Creed Liberation on PC, PlayStation 4 and Xbox One are supposed to be released in March. Another Czech store, where the compilation is pre-sold, points to such a date (specifically March 29). Who is telling the truth then? Any doubts should be resolved within the next few weeks. 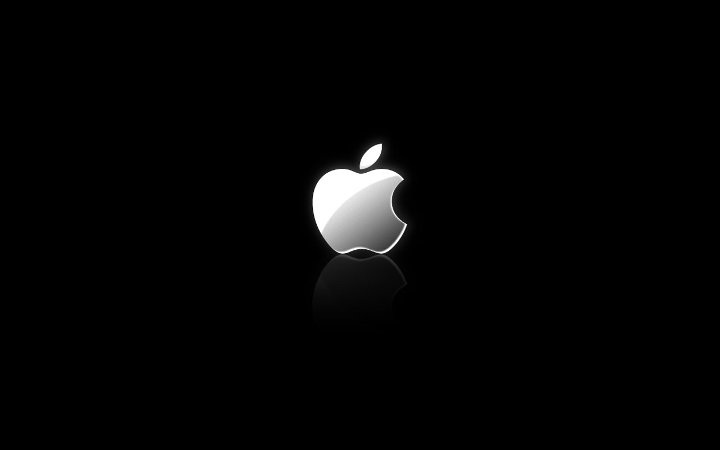 Will Apple have its way?

Anonymous sources of Cheddar inform that Apple is planning to create a Netflix for video games. For a small fee, owners of apple devices would get access to a list of selected titles, as is the case with the Xbox Game Pass or EA Access. Apparently, from mid-2018, Apple has been holding private talks with developers about this matter. In addition, the Californian giant is probably negotiating with some developers to become a publisher for their games. However, further details on both matters are not known. For example, its not clear if Apple is only about mobile or larger productions for MacBooks as well. The company's representatives refused to comment on the matter.

Its well known that PC ports for games such as Dark Souls and Deadly Premonition were far from perfect. Fortunately, there were Internet users who started to repair them on their own. One of them was the Austrian Peter "Durante" Thoman, who created tools helping improve the performance of busted computer versions of many titles, including the aforementioned works of From Software and Access Games. His work has been recognized by the gaming community. He was invited to consult on PC releases of Rez Infinite and The Legend of Heroes: Trails of Cold Steel II. Now, he started his own company called PH3 games, dealing with video game ports. Official website can be found here. According to Thoman's promises, we should expect more cases of "perfect quality" PC ports of his making in the future.