There are less than three weeks left before the launch of GreedFall, so it's high time for the developers at Spiders to present the game in all its glory. The production, whose ambition is to fill the gap left empty by old works from BioWare, appeared at this year's gamescom fair, so we can watch a new eight-minute gameplay.

Looking at the above video material, we can safely agree with the statement of Jakub, who in our preview described this title as "clunky but satisfying". Although the developers could spend some time on animations and characters' facial expressions, it is impossible not to notice the rich possibilities of character personalization, the picturesque world (potentially full of interesting places), the wide range of skills that we will unlock as we progress, and finally the dynamic battles with opponents, which we will eliminate using both melee weapons and firearms, as well as various combat spells.

It is worth mentioning separately the equipment, whose sheer volume will be astounding, which is supposed to allow us to lead exactly the kind of hero (or heroine) that we dream of. A separate issue is the setting that distinguishes GreedFall from what we are accustomed to by popular RPGs. While working on the title, the developers were inspired not only by 17th-century America, but also by Baroque works of art, which gave the graphics an original "touch". 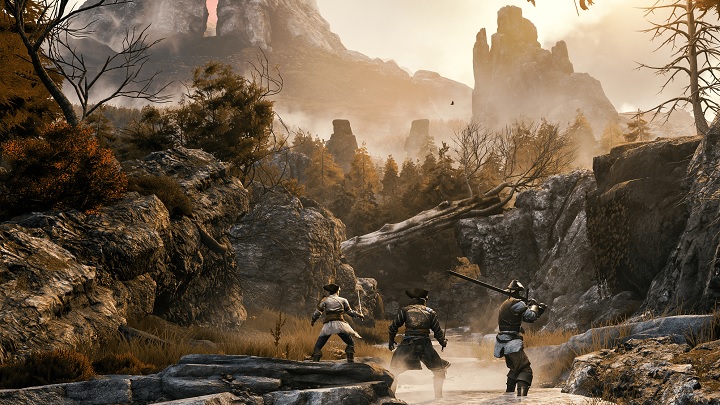 The world of GreedFall is exceptionally picturesque.

In a few years' time, we'll see if GreedFall will be remembered as warmly as the first Mass Effect and Dragon Age games. The game is slated for release on September 10, on PC, PlayStation 4 and Xbox One.