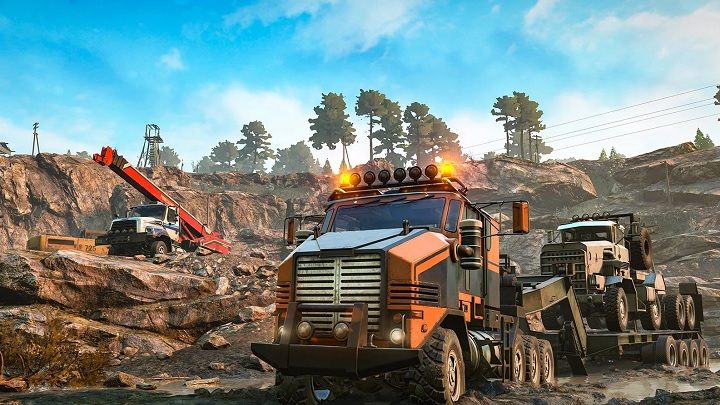 Less than two weeks before the release of SnowRunner, a sequel of the off-road vehicle simulator Spintires: MudRunner, Focus Home Interactive has published its new trailer, which is a parody of Death Stranding trailers.

It includes short scenes presenting a world in need, a heartbreaking and atmospheric piece playing in the background, picturesque landscapes and scenes showing the hardships we will face while transporting cargo around a vast open-world and, finally, slogans about unification and connection. The whole thing is crowned by a cast show, in which we can find such stars as Chevrolet, Caterpillar, Freightliner, and Navistar International. There is even an anomaly in the form of an inverted rainbow, with three trucks departing towards it.

SnowRunner is coming to PC (Epic Games Store), PlayStation 4 and Xbox One, and will launch on April 28.