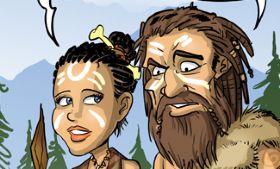 Some say that all Ubisoft games are the same. So what if they were indeed connected?

Breaking Point, a popular zombie mod for Arma III, is going to receive a standalone version based on Unreal Engine 4. The project's creators are planning to launch a Kickstarter campaign soon.

No Gothic sequel any time soon as Piranha don’t want to disappoint the fans. Any chance for a remake of the first game?

We shouldn't expect a sequel to the Gothic series any time soon, Björn Pankratz from Piranha Bytes told us. The studio has been considering a remake of the original games, but currently they don't have the manpower to do it. 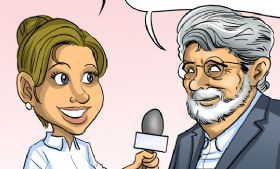 A new trailer for Mount & Blade II: Bannerlord along with some gameplay footage from the game were presented at PC Gaming Show during this year's E3.

Squad, a first-person shooter by Offworld Industries, has received an Unreal Engine 4-powered editor that lets the players mod it.

Observer, a new first-person horror game from the developers of Layers of Fear, was announced during PC Gaming Show at E3 2016.

American Truck Simulator, a truck-driving simulation game by SCS Software, will receive a bigger map as a part of future updates.

A 15-minute long gameplay footage of Gwent: The Witcher Card Game was presented at E3 2016 yesterday.

Gloria Victis, a low-fantasy Medieval MMORPG by Polish studio Black Eye, is launching on Steam Early Access today. The game is expected to be developed with the help of community for about a year and a half.

The next Witcher 3 patch to fix all major issues

CD Projekt RED are working on another patch for The Witcher 3: Wild Hunt. This one is supposed to fix all major issues still present in the game after the release of the Blood and Wine expansion.

Here are the essential gaming news from E3 day 3 (June 14). Apart from Nintendo's show we've heard new info on much anticipated titles, including Phoenix Point, Batman: The Telltale Series, and Agents of Mayhem.

Kojima’s Death Stranding coming to PC after the PS4 release

Death Stranding, the latest project from Hideo Kojima, will come out for PC after some time of PlayStation 4 exclusivity.

Torment: Tides of Numenera pushed back to Q1 2017. Techand Publishing to publish the retail version globallyl

Brian Fargo, inXile Entertainment CEO, has two important updates on Torment: Tides of Numenera. Firstly, the much anticipated RPG has been delayed to early 2017. Secondly, all backers who are to get the final game can now join the beta.

Battlestate Games has revealed the launch date for Escape from Tarkov closed alpha testing. The alpha is going to start this summer.

Nox offered for free on Origin

Nox is currently offered for free in Origin's On the House. Check out the classic action-RPG free of charge.

A new update for Stellaris, called "Asimov", has been released. It introduces changes in diplomacy, warfare, and empire expansion.

The first update for Total War: Warhammer has been released today. It brings a considerable amount of new content into the game and introduces a myriad of changes.

South Park: The Fractured But Whole will let you play as a girl

South Park: The Fractured But Whole is going to feature a playable female character. As expected from a South Park story, playing as a girl will be much different from playing as a boy.