Thomas Puha, Director of Communications at Finnish studio Remedy Entertainment, revealed on his Twitter that last November was the best time when it came to sales of Control. This is quite surprising, given that games usually recorde biggest sales around their release. All in all, the game from the devs of Quantum Break and Max Payne series has sold over 2 million copies so far. 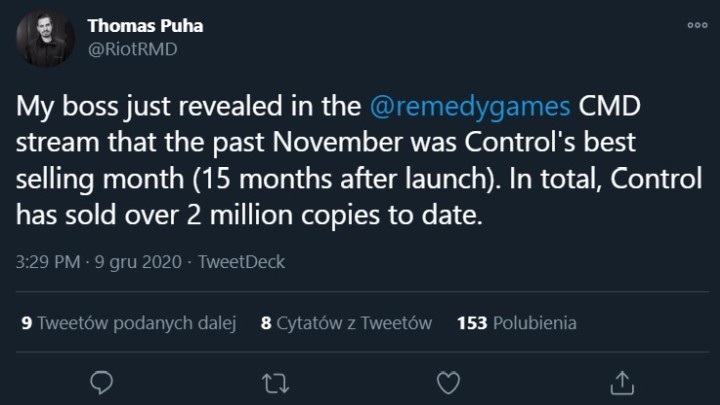 The sales of Control have revived 15 months after release.

Control was released on August 27, 2019 on PC, PlayStation 4 and Xbox One. A year later, the Ultimate edition came to the stores, including all the expansion, including AWE, a DLC referring to Alan Wake, another Remedy game. There are plans to release the game on PS5 and Xbox Series X/S as well, but these editions were delayed until early 2021.