Why such forecasts? Newzoo claims that the decline will be caused, among others, by the difficult situation on the chip market and Apple's new policy related to tracking user activity, not to mention the delays of numerous upcoming games. We also can not forget about the reference point, the year 2020, which was a record high thanks to the pandemic. 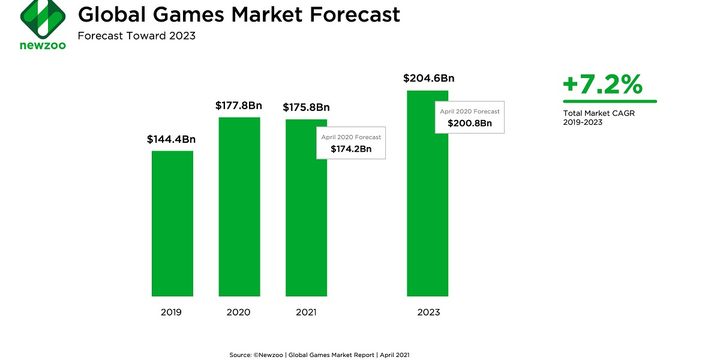 Chips, chips... where are the chips?

The first of the main factors that will undermine the performance of the video game market in 2021 is the still insufficient production of chips - the whole tech industry is losing out: from the automotive, to the phone, to the computer and console industries. The chip deficit means less progress not only in developing modern hardware, but also in creating better and more engaging games. Unfortunately, this problem is expected to be felt worldwide even by 2023. 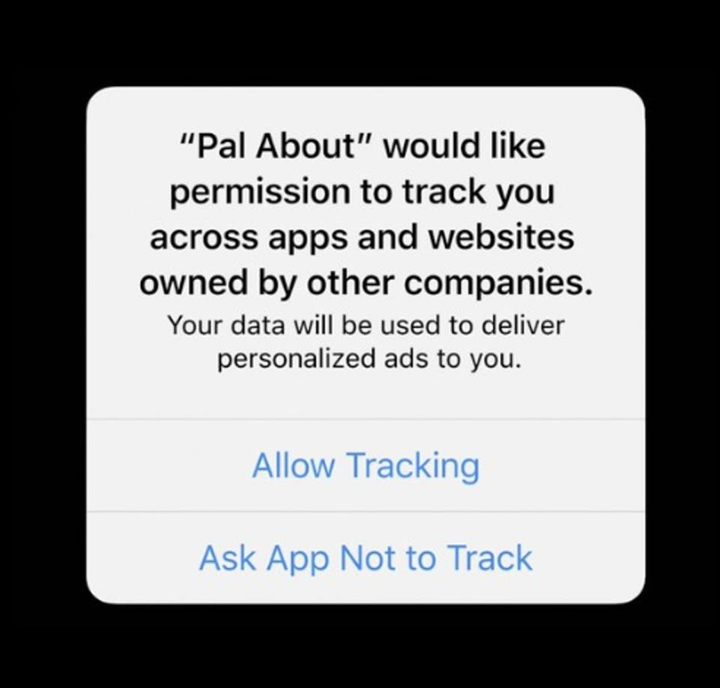 Apple has declared war on companies that advertise on mobile devices, including major corporations (such as Facebook). The boycott of businesses, however, did not make Apple back down from its policy.

Another issue is Apple's new policy on IDFA (identifier for advertisers), a feature of iOS that is designed to identify individual mobile devices and their users, and assign them to specific advertising categories. Update 14.5, released on May 3rd, this year, has enabled owners of a significant proportion of iPhone and iPad models to control the information they share. Now, advertisers must ask permission to "track activity through third-party apps and websites.". The notice is structured in such a way that it is easier for the user to say no than to agree to a similar solution, which is still rare in the mobile marketing world.

All right, but what impact does all this have on the games industry? Well, as a consequence, publishers will have more trouble finding customers for their products - gamers who don't follow the latest industry news, but who want to play a good shooter, MMO or RPG from time to time. After the changes introduced by Apple, there may be fewer such consumers, and it will certainly be harder to attract their attention.

The pandemic has severely affected larger development studios that are working on AAA games for consoles and PC, which is why titles such as Hogwarts Legacy, Gran Turismo 7 or Skull & Bones won't be released until 2022. What's more, we're in the middle of the second quarter, so we can expect more news about games that won't be finished on time. All these slips have a big impact on the current year, but they should also boost the results for 2022.

The industry in numbers - PC vs mobile vs consoles 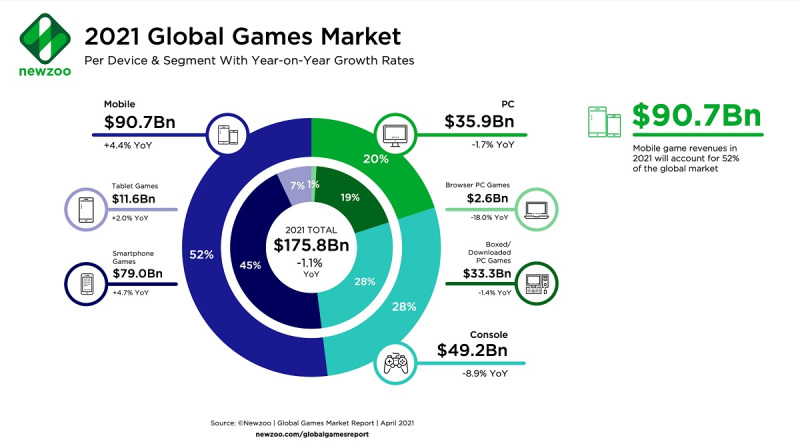 Increases and decreases in revenue by platform / Newzoo, April 2021

Despite these problems, Newzoo predicts that the mobile games sector will record revenue growth of approx. 4.4% in 2021, thus taking over half of the global video games market (52%). Nonetheless, that's a small increase over the past 12 months. Casual gamers have grown in stature during that period, and the quickest way to turn on a game for many of them was to download an app. Plus, a lot of people were integrating with friends in various MMO titles to make up for time lost due to lockdowns. Therefore, beating the increases of 2020 in 2021 by a higher percentage would border on a miracle.

As the pandemic has mainly affected large PC and console titles, both of these market segments are projected to see dips - by 8.9% for consoles and 1.7 la PCs.

According to analytics firm InvestGame, in the first quarter of 2021 over 39 billion dollars was spent in 280 business transactions in the game industry - including investments, IPOs and acquisitions of other companies - that's 6 billion more than in all of 2020 with 664 deals. This just goes to show how much companies have gained in previous accounting periods: they earned more than expected, and were therefore able to invest in new projects. Such a huge scale of development spending by publishers and development studios could result in very good results for 2021, exceeding Newzoo's predictions. However, we have to take into account that the pandemic is still taking its toll - and the releases of major games are being postponed for years to come.

Still, Newzoo's report takes into account the fact that it was the pandemic that drove so much revenue growth in the gaming industry in the second and third quarters of 2020. Add to that the release of the PlayStation 5 or the Xbox Series X/S, and we get a huge increase in interest in the tech and gaming sector. Events of similar magnitude are unlikely to take place in 2021, so the vision of declining revenues seems real.