Industry analyst MauroNL published a series of posts on Twitter, devoted to the new game from studio Hangar 13 - the creators of not very well received Mafia III, as well as last year's (and much better received) remaster of the first installment, namely Mafia: Definitive Edition. The information is based on job offers published by the company. It seems that the next game from this developer will be set in a universe with elements of science fiction and fantasy. 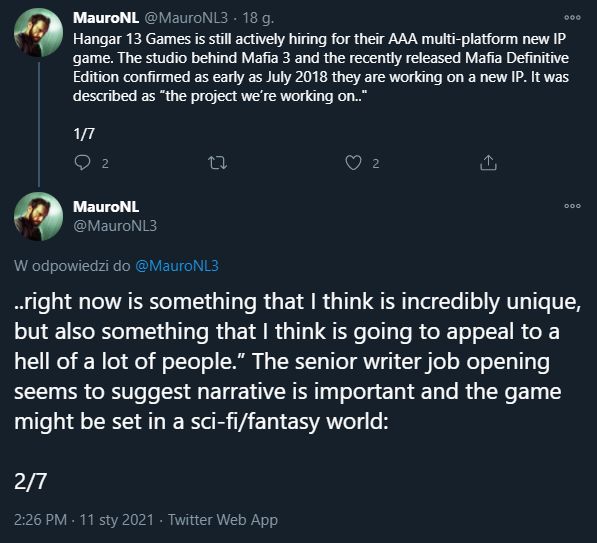 The job offers quoted by on Twitter indicate that an important element of the game will be the narrative, which will probably draw inspiration from several genres. 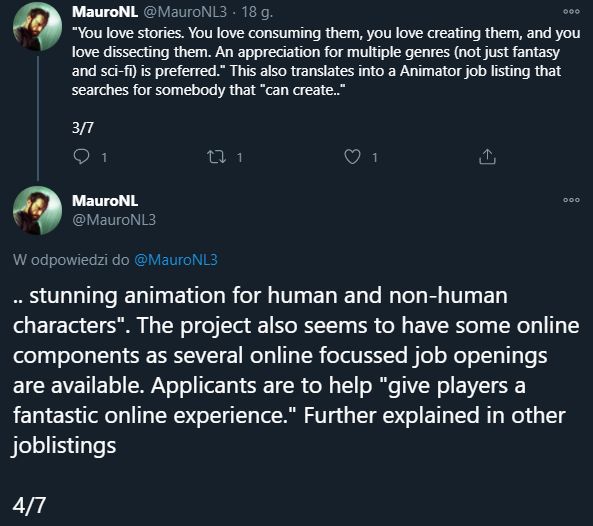 It looks like the game will feature an open world and some sort of multiplayer mode or at least online features. The team also plans to develop it over a longer period of time. 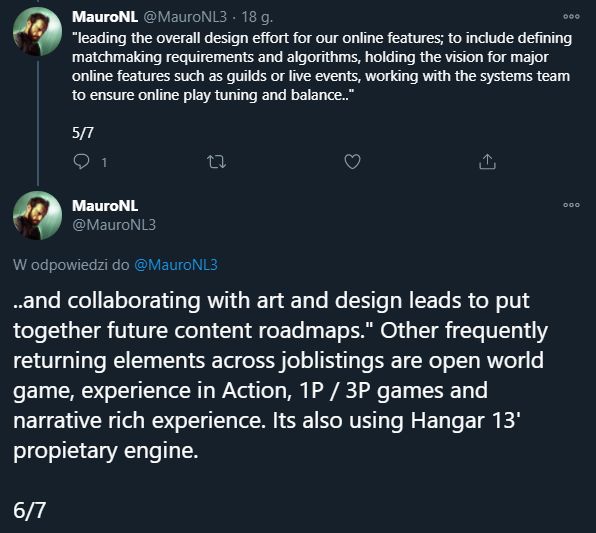 Could it be about some kind of live-service game or MMO in a unique universe that can't be easily categorized in a single convention? At this stage it's hard to say, but work on the game in question has been going on since 2018, so it's possible that soon the developers will be ready to tell the world some details.

Hangar 13 currently has four offices located in different corners of the world: the city of Novato in California (USA), the British branch in Brighton, as well as Prague and Brno (Czech Republic). All jobs cited by MauroNL can be found here.