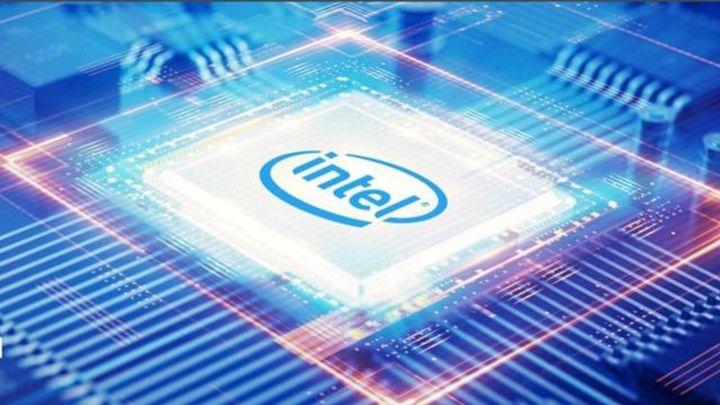 AMD has recently had several marketing failures - it has been shown that the actual clock frequencies of Ryzen PRO and Ryzen 9 3900X are lower than those declared in the specifications and advertisements for these CPUs. The company has been criticised - and rightly so (especially as the end result of the confusion is a declaration of improvement of products). However, it turns out that competition also has a problem with honesty in marketing materials. In this case, the trick is more subtle, but it was captured by youtuber Roman der8auer Hartung (the same one who revealed problems with the Ryzen 9 3900X).

Intel has recently prepared a presentation that was used during IFA industry event in Berlin. The slides focused on emphasizing that although AMD processors are brilliant in synthetic tests and some programs used by content creators, these are applications that almost no one uses in real life (not the first time this tactic has been used). In other applications, Intel hardware often performs better.... so why would anyone choose an AMD product? Isn't that right?

Well, not exactly. What's the problem? In order to substantiate the thesis, the presentation provided data showing the alleged popularity of particular applications among users. For example, Maxon Cinema 4D package is used by 0.22% of computer owners. However, the quoted information comes from the Intel product improvement program. Looking closer at what was written in small print, we can see that the source of the statistics is 10.8 million owners... of laptops and hybrid computers. That is, exactly those devices on which nobody in their right mind would run devilishly demanding programs for creating three-dimensional graphics. Nevertheless, the data was used in the desktop hardware section. 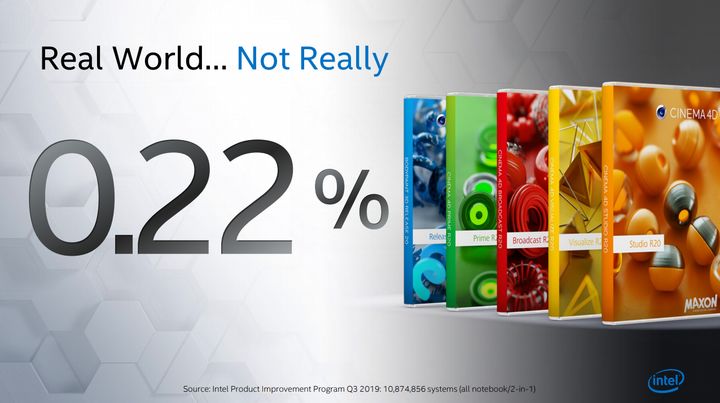 Real World? Not Really... You have to give it to them that the slogan that matches the slide.

As de8auer reasonably indicates, even if the information were collected from users using different types of computers, it would not be particularly reliable. On laptops, programs tracking usage statistics are often installed automatically with the system, but most PC owners will not even think about downloading this type of software to their PC. What's more, even with laptops, for many people one of the first steps after starting new hardware is to remove similar applications.

If one stops to think for a moment, the very idea of using such a source in this context turns out to be completely strange. The presentation, which is supposed to prove the superiority of Intel's products over their equivalents from AMD, is based on statistics collected exclusively from... computers with Intel's equipment. Wait... what?! Even if the 0.22% would include all types of hardware, the statistic would only prove that people using the Maxon Cinema 4D package have enough sense to reach for a competitive processor that is better suited for their work.