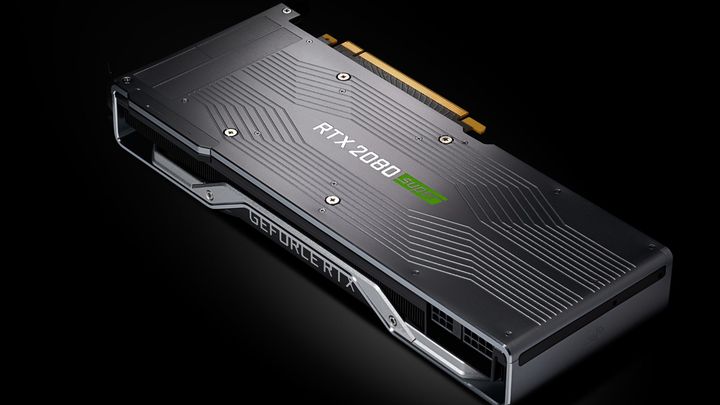 GeForce RTX 2080 Super from Nvidia has its debut today. A lot of reviews of the discussed chipset have already appeared on the web. Does the refreshed 2080 offer a similar performance jump as the weaker GPU with "Super" in the name? And above all, is the product worth quite a lot of money to pay for? Let's take a look at what the experts think.

So if you bought an RTX 2080 last or this year, yeah sorry man .. it sucks to be you. Not only did NVIDIA make the card faster, but they also made is cheaper as well. Our perspective obviously needs to be what NVIDIA puts on the table today, and we have to state that it didn't disappoint. The high-end/enthusiast bracket always has been in that 699 USD ballpark, and the RTX 2080 finally arrived at it. While 699 USD still is a hell of lot 'o-money, the price does feel more 'right' compared to what NVIDIA did last year. This card offers good solid shader performance, and for a bit of fun and giggles, you get to play around with RTX/DLSS if you desire.

While we can still argue DLSS and RTX you do need to realize that the industry is at a clipping point, hardware-based ray tracing is coming, whether that is NVIDIA, AMD or Intel. You probably still are paying a price premium to be that early adopter with a handful of games to actually test it on. But you can't blame NVIDIA for pioneering with technology. You can blame them for overcharging graphics cards though. And that has to be the conclusion for today, the current state of the Super lineup is much better then what happened last year. They refreshed the RTX 2080 to be faster and cheaper, and there's nothing wrong with that. However, it ain anything revolutionary either, we read in a review of the Founder's Edition model. 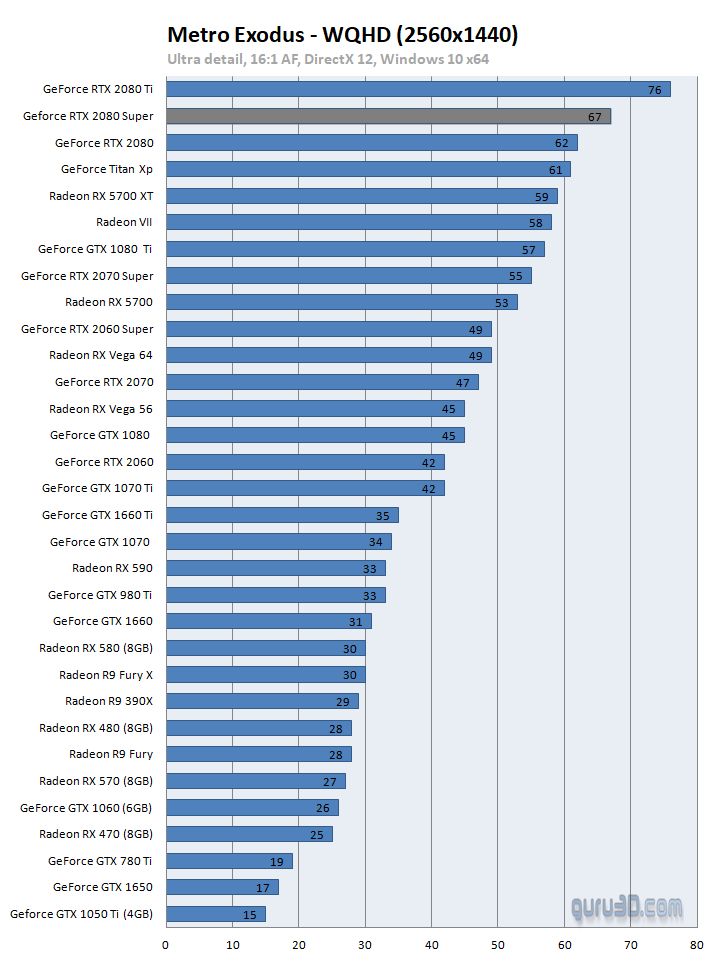 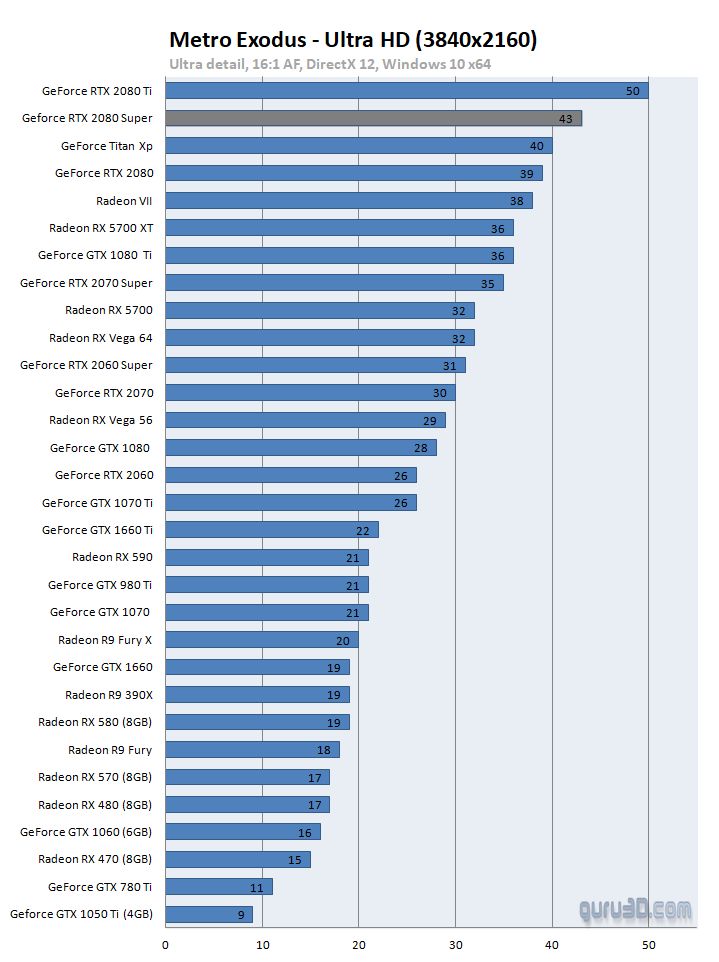 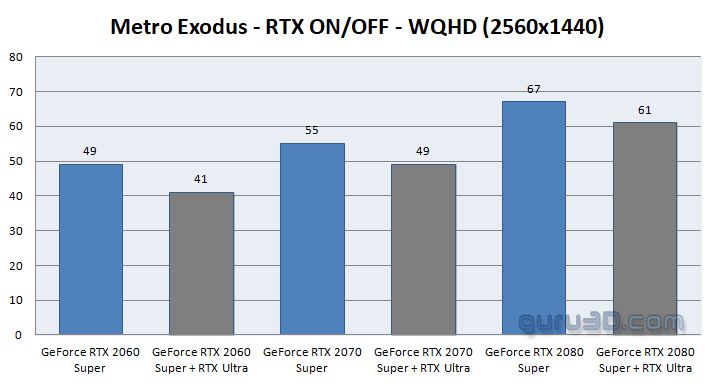 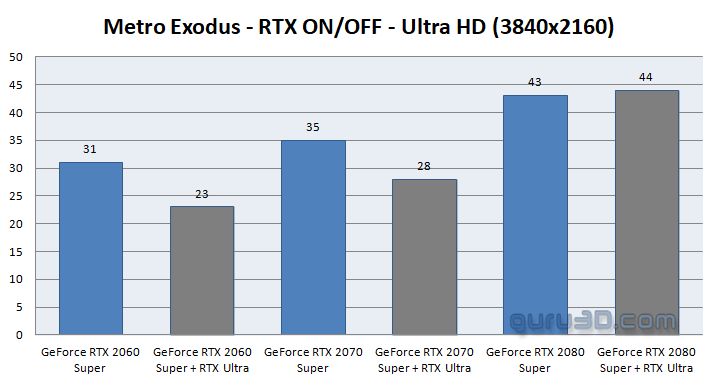 Earlier this month we got the RTX 2070 Super and 2060 Super. The 2070 Super provides 12% more performance than the standard model and we liked the boost enough to kill off most competitors at this price point, though the Radeon RX 5700 XT comes very close in performance for less money. The 2060 Super, on the other hand, gave us nothing. It costs 18% more than the standard 2060 and was just 8% faster on average. Were seeing a similar story with the RTX 2080 Super, where the performance lift is even less significant. Overall, the RTX 2080 Super is a solid premium-priced GPU, it's just not particularly exciting. Officially discounting the RTX 2080 to $600 would have been worlds more thrilling in our opinion, we read. 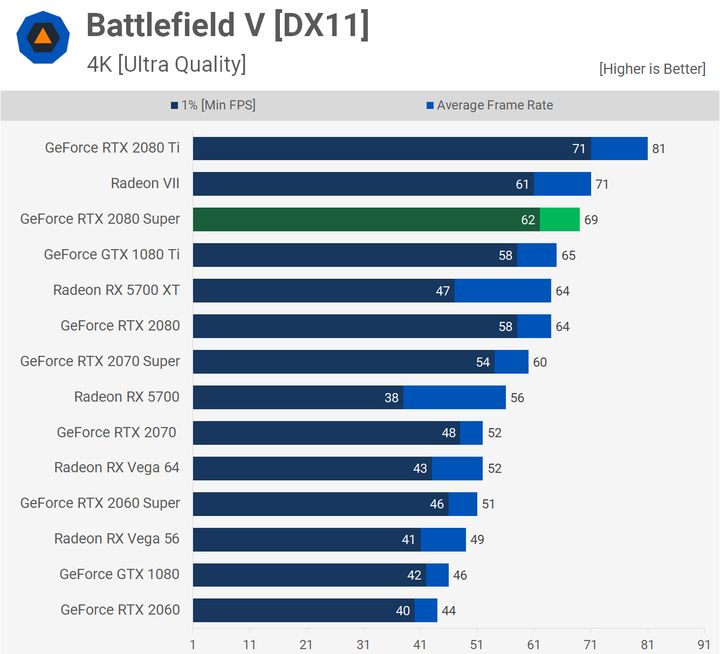 So, to sum it all up, the GeForce RTX 2080 Super offers a measurable increase in performance over the original RTX 2080 and those who buy a Founders Edition model will enjoy the $100 savings of this particular variant. The RTX 2060 Super and RTX 2070 Super could have seemed more exciting as they offered high power gains over their counterparts without the word "Super", but it's worth noting that these GPUs had more room for this expansion. The RTX 2080 Super is a complete TU104 chip that shows about 5% improvement over the original RTX 2080, thanks to several additional SM units and improved memory clocks.

The performance increase at the price further distances a shopper in this price point from likely considering the Radeon VII, although it could very well be EOL at this point anyway. The GeForce RTX 2080 SUPERs gains are enough to distance that class from the RTX 2070 SUPER but doesnt put it near enough to the GeForce RTX 2080Ti to threaten its dominance in the market but is also a much easier card to extract its full potential without needing to move to 4K to not hold it back, although just a bit of tweaking could make this card plenty capable at 4K as well. The GeForce RTX 2080 SUPER Founders Edition makes a compelling argument for the price and I can appreciate not trying to make this a whole new lineup but rather a refresh of the existing line," Founder's Edition review reads. 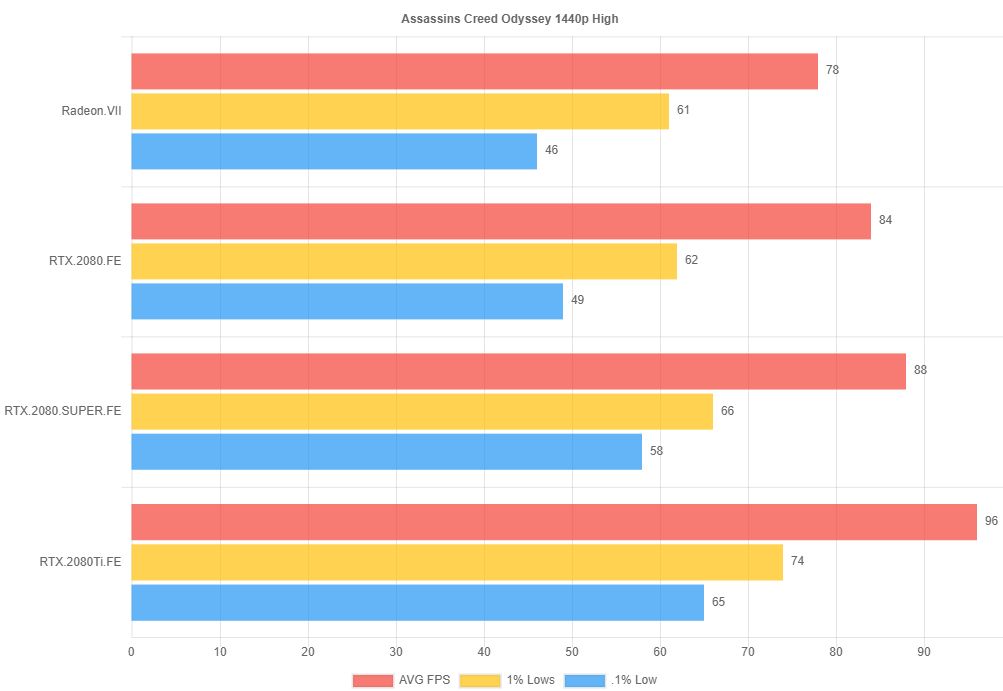 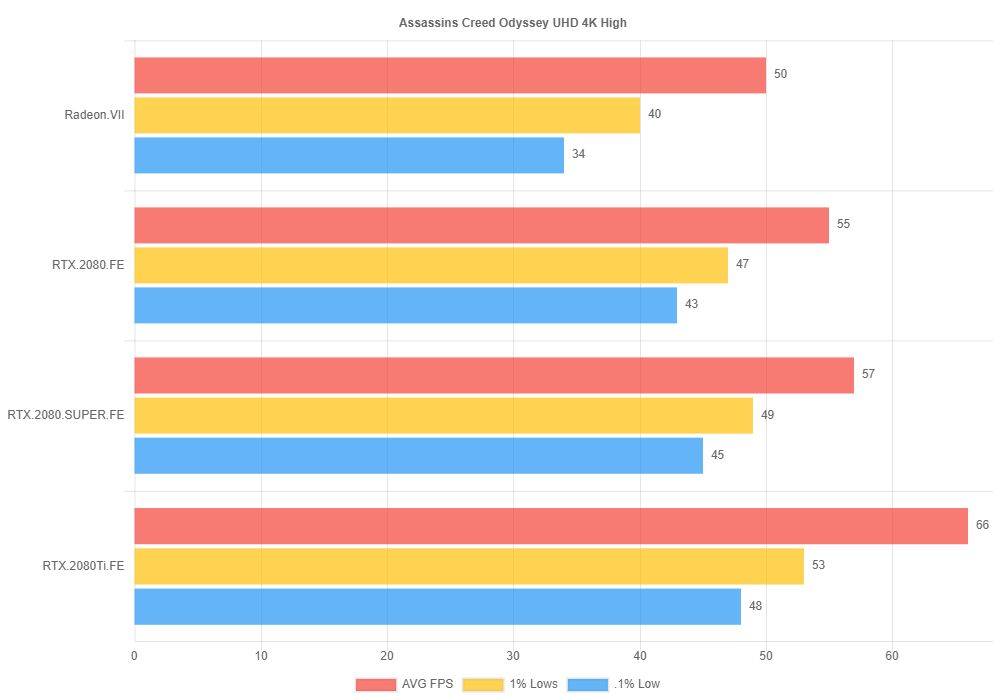 More of the same

The word "Super" in the name doesn't necessarily mean good quality, but the refreshed RTXs came out quite well for Nvidia. In fact, this also applies to the strongest model, but the performance gap is slightly smaller; in bechmarks the GPU is only a few percent faster than its predecessor. The card can't compete with the 2080Ti RTX, but most experts expected that (although the 2060S almost caught up with the basic 2070 RTX, while the 2070S keeps up with the 2080).

In theory, the card is to be sold at the price of a regular RTX 2080, which would then be an attractive choice for those interested in a GPU offering this level of performance - especially since AMD still does not have any product of similar power in its catalogue (the Radeon VII is pretty much forgotten at this point, both by users and its creators).

In practice basic GeForce RTX 2080s are cheaper, offer very similar performance, and there are still quite a few of them in stores. The attractiveness of the RTX 2080 Super is also negatively affected by the deadly competition from its weaker brother - the RTX 2070 Super. It offers power very similar to a regular RTX 2080 model. Is a few percent of the computing power worth that kind of money? In our opinion, no, but the final verdict is yours.