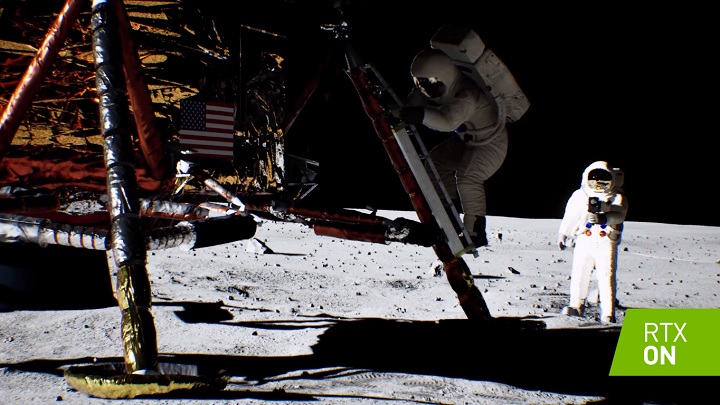 A big step for mankind and for Nvidia / Source: Nvidia

Today is the 50th anniversary of the Apollo 11 Space Mission. Half a century ago, Neil Armstrong, Buzz Aldrin and Michael Collins landed on the Moon. On this occasion, Nvidia published a video in honour of all those involved in the mission. The video shows off the company's latest technical capabilities - GPUs that support real-time ray tracing, which were announced at GTC 2019.

The subject is not new. Five years ago, the company used its technology to disprove a conspiracy theory that called into question the truth of the mission. A year ago Nvidia improved the demonstration using the Turing architecture. However, only now can we see what Nvidia is really capable of. While watching, it is worth paying attention to the way light behaves in the simulation - it perfectly reflects real shadows, reflections and refractions. Also note the commentary by Buzz Aldrin himself, guest starring in the film.