Blizzard has announced some infor on the PvE Storm Rising event from the Overwatch Archives series, which will take place between April 16 and May 6 in the online shooter Overwatch. In recent days we have received as many as two teasers - one in writing and the other in video form. Now it's time for a third, very short trailer. You can see it below.

There's more to it than that. Blizzard also presented an official description of the Storm Rising event (via Wccftech), which roughly confirms what we could deduce from the previous announcements. Here's the description:

In Storm Rising, play as Tracer, Genji, Winston, or Mercy as the Overwatch heroes pursue the Omnic Talon boss, Maximilien. As a stormfront moves in over Maxs Cuban hideout, the heroes race against the clock to extract him before he disappears again.

What is important, during the event, the players will be able to take part not only in the Storm Rising mission, but also in those from previous years - Uprising and Retribution. This will give those who have not yet explored the history of Overwatch an excellent opportunity to do so. 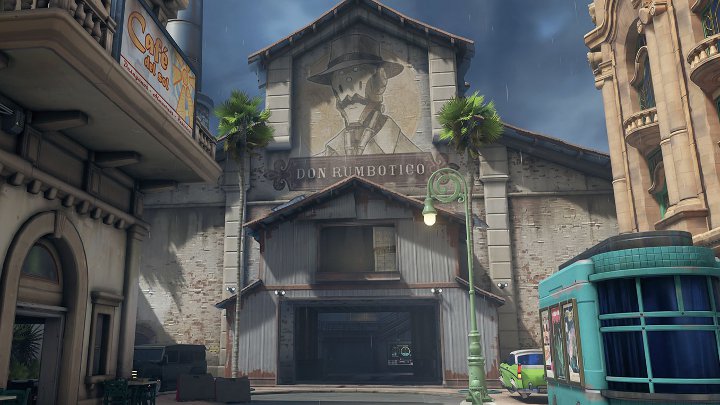 As part of the Storm Rising event, we will go to Cuba.

Collectors of cosmetic items will also have no reasons to complain. During the event, they will be able to complement their collection not only with event stuff available in the past years but also completely new ones, which include 9 skins and 3 play of the game. Unfortunately, we do not yet know which characters will receive them, but we can assume that this group will include the protagonists of the new mission, namely the Tracer, Genji, Winston and Mercy.

Next month, Overwatch will be celebrating its third birthday. The title is being intensively developed by Blizzard, which is proved by the recent novelties - the new character Baptiste and Paris, a new assault map.