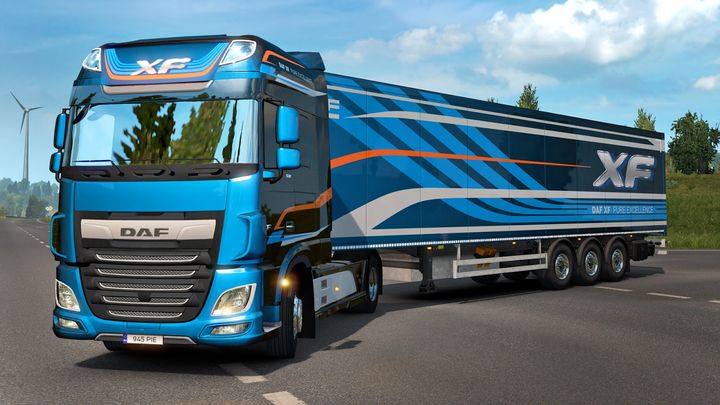 Despite nearly seven years since its launch, Euro Truck Simulator 2 is still being expanded with new content by its creators - the Czech developer SCS Software. After a few weeks of testing, developers released the final version of the 1.35 patch.

The most important novelty introduced by the new patch is the complete map of Sardinia, allowing you to visit three cities: Cagliari, Olbia and Sassari. It is a small area, but a big attraction due to its picturesque terrain and winding roads. However, it is worth remembering that Sardinia is only available to people who have purchased the Italia DLC. In addition, the creators decided to improve the map of Germany, adding two roads in France: A10-A6 and A6-N44 (for owners of Vive la France! DLC) and improved signs in Scandinavia (as part of the Scandinavian expansion)

There were also novelties in the machine park - among others, new semi-trailers for wood transport and containers, as well as double trailers in Germany and the Netherlands. Another interesting feature is the introduction of voice commands to the GPS module and emergency vehicle refuelling service. In addition, the game has been enriched with support for Razer Chroma and DirectX 11 technologies - in the latter case only as part of an "experiment".

The 1.35 patch has already been made available to all those who have a copy of Euro Truck Simulator 2 on Steam. The remaining gamers will have access to it in the next few days.