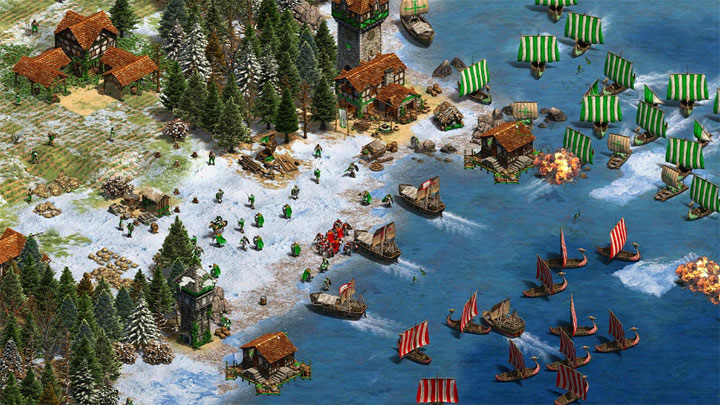 In the last quarter of 2019 Xbox Game Studios released only a few PC productions, including Age of Empires II: Definitive Edition.

Microsoft has published a financial report summarizing the second quarter of fiscal year 2020, i.e. the period from October 1 to December 31, 2019. We are of course most interested in the results of the games and consoles department. Its revenues fell by 21% from $4.2 billion to $3.3 billion.

Microsoft earned 43% less on console hardware than in the same period of 2018. The reason for this was both lower sales results of hardware and lower prices. On the other hand, revenues from games and related services decreased by 11%. In this case, the reason for the worse results is mainly due to the fact that the end of 2018 was the launch period of Red Dead Redemption 2, while in 2019 there was no debut of comparable calibre.

The experts analyzing these results emphasize that the decrease in revenue is not surprising. Xbox One's life on the market is coming to an end and many players are looking forward to next-gen titles. In addition, the biggest price reductions are traditionally offered during the holiday season.

In fact, even Microsoft itself already seems to be thinking about the next generation. The last big game released by Xbox Game Studios was Gears 5, which was released in September. In the fourth quarter, the company released only PC games, Age of Empires II: Definitive Edition and Halo: Reach (as part of Halo: The Master Chief Collection). Both titles did very well, but these are improved editions of old game and were released only on PC.

Microsoft's overall results are much better. The company generated revenue of $36.9 billion in the last quarter of last year, up 14% from the same three months in 2018. The profit increased by 38% to $11.6 billion.