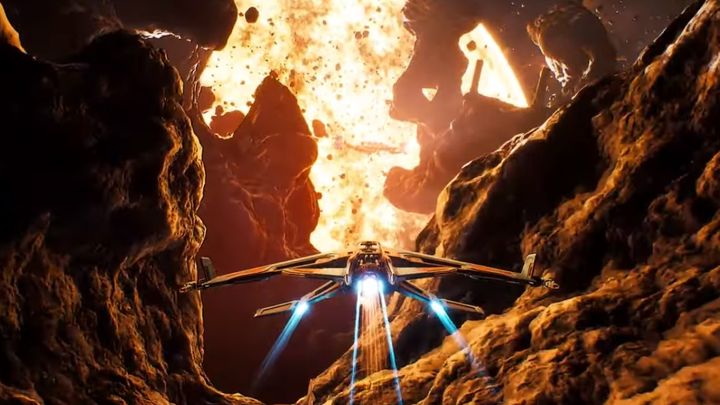 It seems that some streamers are already playing the pre-alpha version of the space shooter Everspace 2. YouTube- and more specifically the CohCarnage channel - has a gameplay footage from the new game of the team at Rockfish Games. A quite extensive, almost thirty-minute long video can be watched below.

In the video we can see almost everything - from the selection of ships (and the presentation of the customization options) to the spectacular action in space. There is also plenty of pleasant views, because the visuals already look decent at this stage - the lighting system makes a particularly good impression.

It's worth remembering that this is still a very early version of the game and a lot can still change until the release, especially since Everspace 2 will debut only in 2021. (on PC, PlayStation 4 and Xbox One). The title will be available in Early Access next year. The creators have also once again assured that their production will first appear on Steam - the information on this subject was provided in a note on Kickstarter.

"Finally, we have noticed that since our last Kickstarter, things have changed quite a bit. Due to broken promises from indie devs all the way to AAA publishers, it is probably no exaggeration to say that trust in developers is at an all-time low, especially in regards to Epic Games Store exclusives of titles that were originally (co)funded on Kickstarter. (...) EVERSPACE 2 will launch on Steam first, no matter what," we read.

Nvidia Ampere GPU Coming in the First Half of 2020