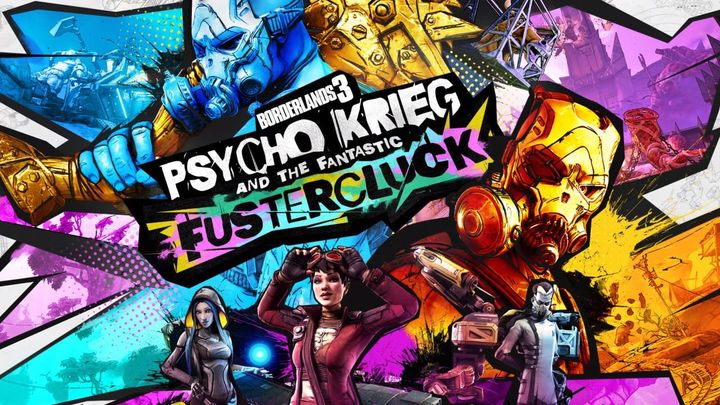 Now that's what you call flashy.

Wastelands of Pandora are mainly associated with crazy destruction and tons of loot. Gearbox Software decided to remind fans of the true nature of the Borderlands series and is preparing a new add-on that promises to be a wild, surreal ride. Psycho Krieg and the Fantastic Fustercluck will take us to the world seen through the eyes of, that's right, Psycho Krieg. We can remember this madman mainly from Borderlands 2 - he was one of the additional playable characters. We can see more details, chaos and psychedelics in the trailer below:

Based on the trailer we can also say that Maya will return to the game, which will surely spark a conflict within the community, but also heat up the atmosphere before the expansion.'s release The devs promise that the Psycho Krieg and the Fantastic Fustercluck campaign will be a completely different experience compared to the other three story expansions.

Of course, as before, all of the legendary weapons and skin-like cosmetic items that we acquire while playing the DLC will be usable in the main storyline.

In addition to the add-on itself, Gearbox is also preparing an update to increase the player level cap (to 65). Psycho Krieg and the Fantastic Fustercluck will be available from September 10 on PC, PS4 and Xbox One. The update will launch on the same day. This is probably the last DLC to Borderlands 3.