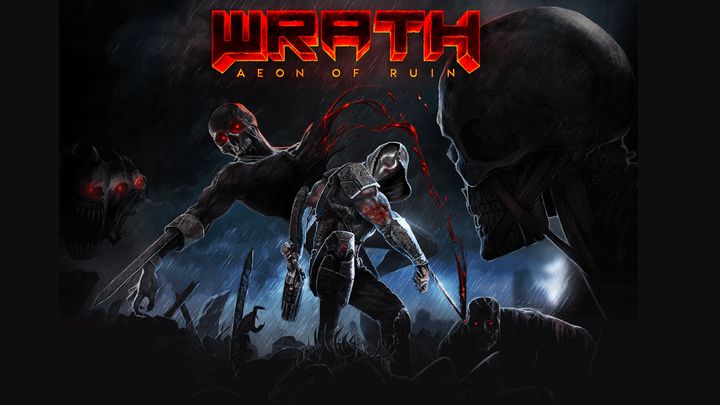 Wrath: Aeon of Ruin, an old-school title based on the engine known from the iconic Quake and developed by the independent team at KillPixel Games, recently made its debut in Steam early access. The game can be bought for $25 (although you can buy it with a 5% discount until December 3). The devs have also released another trailer, which you will find below.

The game presents itself as one would expect from a title running on a 23-year-old engine, but everything seems to indicate that it is also a very playable and well-designed production. On Steam there were a lot of opinions about Wrath: Aeon of Ruins and the vast majority of them are positive. Players praise the weapons and location design, as well as the great, dark atmosphere.

"If you like the trailer and 90's FPS, you WILL like this game. Really looking forward to the next update. Game needs a harder setting. It's easy and there are a lot of Health Vials. Overall 95/100," praises v = f ?

"Bloody, dark, guns with one hell of a kick, atmosphere, big levels, nice setting. I'm having more fun than in Ion Fury. It's a pity that the initial content of the game is small," writes Maciej2801.

"Soon couldn't come soon enough. A genuine Id tech shooter that has landed right at the top of the pile of the recent glut of retro shooters we have been blessed with this year.

Looking forward to seeing all the new weapons and gear that will enter the game as early access progresses.

The Quake's DNA within this game has it feeling superior to anything else I've played recently and maps so far stand with the best that Arcane Dimensions gave us.

I am not surprised at how good this game is, but I am surprised at how much better it is than the ever atmospheric Dusk, the stellar Amid Evil and the and the blisteringly action-packed Ion Fury.

In Wrath: Aeon of Ruins we play the role of the so-called Outlander, who is given the task of killing the last guardians of the dying world. The mysterious plot outline is in fact only a pretext for an unrestricted frenzy using several varied weapons (each with an alternative shooting mode). The game was created by developers who have been active on the modding scene of the original Quake for years.

The version sold in early access for the time being offers two extensive levels, which providea hefty amount of free exploration. The full version is expected to be released next year, after the release of three large updates with new content (the game will also be available on PlayStation 4, Xbox One and Nintendo Switch).