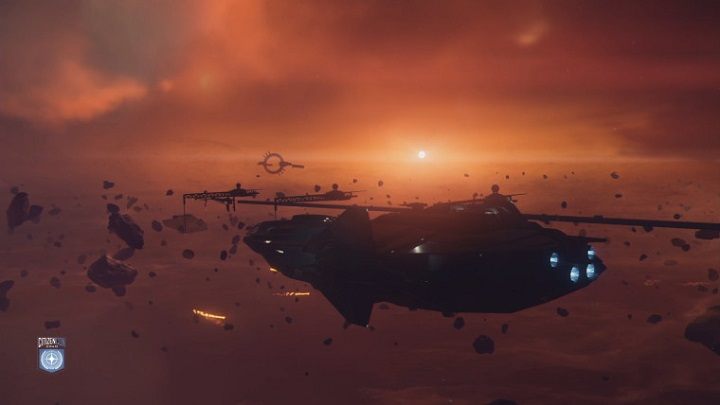 Yesterday's CitizenCon 2019 provided the devs of the space simulator Star Citizen with an opportunity to present novelties planned to be implemented in the game in the near future. During the live demo, elements such as a completely new planet, dynamic weather and a journey to a new planetary system through a wormhole were shown.

The video from the presentation can already be viewed online and has been divided into two parts. In the first one, we can see the new planet in the Stanton system - microTech (from 0:19:00 in the video below). The ice-covered planey was also used by the devs to show new elements of dynamic weather and climate.

The second part of the demo seems to be much more interesting because the devs showed a new planetary system - Pyro (from 1:20:00 in the video below). By traveling through the wormhole, the players will be able to visit completely new places in space.

Some of the things shown on the videos, such as the new planet microTech or the new features of Planet Tech v4, will be released with the Alpha 3.8.0 update in mid-December, this year. Others, such as the Pyro planetary system, dynamic weather, and a new game mode, will appear in only 2020.

We would like to remind, that from today to December 5, the developers will enable the players to test all the ships currently available in Star Citizen. Each day, vessels from a different manufacturer will be available. The full list can be found on this page.