Gran Turismo Sport offers fans of driving simulators a lot, but until now the game hasn't given us the opportunity to race in the rain. However, this will soon change.

A video was published on the official channel of the series, in which the driving simulator specialist Coque Lopez plays on the Red Bull Ring. This route has long been available in Gran Turismo Sport, but it's the first time we've seen it in a rainy version.

The video shows races in heavy rain, on a wet track, which not only looks very nice, but also has a significant impact on the gameplay. At the moment we do not know exactly when this option will be available and on how many routes. 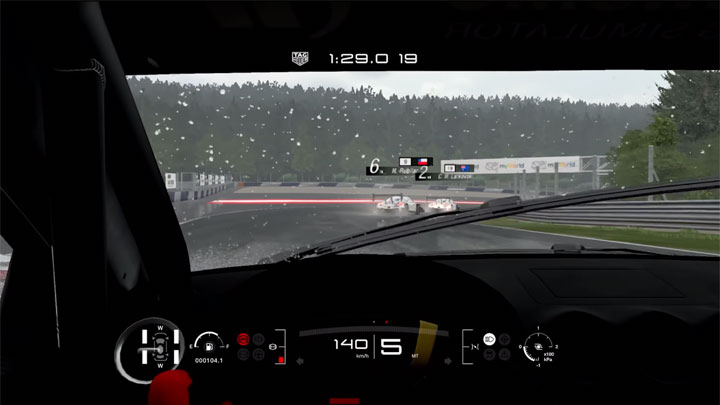 We've been waiting a long time for races in the rain.

Rainy weather is not a complete novelty in Gran Turismo Sport. So far it has only appeared in the Northern Isle, the location of a driving school with a variety of challenges. However, there was no possibility to compete in traditional races under such conditions.

Gran Turismo Sport was released in October 2017. The game is available only on PlayStation 4. The game has met with a colder reception than the previous installment of the series, mainly due to the much more modest amount of content than the previous parts. The title has an average rating of 75% on Metacritic.