Ubisoft, the company responsible for Rainbow Six: Siege, and Bungie, the creators of Destiny 2, have joined forces in the fight against the people running the Riot-1 website, who develop and sell software that enables cheating in video games, including the aforementioned titles. On July 23, a relevant lawsuit was filed in the District Court in California; The plaintiffs are seeking hundreds of thousands of dollars in damages and the closure of the website, claiming that the content created for it infringes their copyrights, causes enormous, irreparable damage to their business and ruins the experience of playing online.

Fans of Rainbow Six: Siege and Destiny 2 - both honest ones and those who resort to cheating - are the main victims of the situation. The first group may experience frustration when cheat-using rivals repeatedly land headsshots or hit from behind walls, and over time may even abandon the game. In turn, the second group not only pays a lot of money for illegal software (access to so-called aimbots for Destiny 2 costs 30 euro per week or 60 per month) and also expose themselves to a ban. 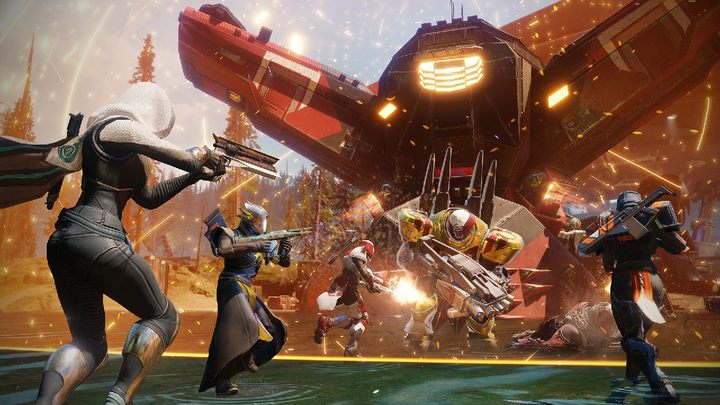 Ubisoft and Bungie have brought the big guns.

Four people are named in the lawsuit: Andrew Thorpe (alias Krypto), Jonathan Aguedo (Overpowered), Wesam Mohammed (Grizzly) and Ahmad Mohammed. The identities of the other members of the illegal group have so far not been established and only their nicknames - Berserker, Cypher, Admin, Cale, Overseer, Tralepo, Frost, Dove and Pingu - have been given, but the investigation is ongoing, so the plaintiffs are hoping for a correction of the documents in the future.

The defendants will answer not only to the charges cited above, but also for the unlawful use of Ubisoft's and Bungie's graphics, trademarks and logos, as well as for trafficking devices used for bypassing security measures (violation of the US DMCA Copyright Act). They face payment of court-ordered damages and restitution of proceeds or payment of statutory damages, which is $150,000 for each infringed work. The full text of the lawsuit can be found here.

It's worth recalling that Bungie has already engaged in a similar battle once in the past year. Companies such as Activision Blizzard, Riot Games and Take Two have also taken similar actions.

GTA 5 GeoGuesser; How Well do You Know the Map?

Battlefield 2042 Will Get a Short Film; See Teaser