Prior to Valorant's release, there had been claims that Riot Games' title would become the slayer of Counter-Strike. However, the game's biggest claim to fame turned out to be not its gameplay, but the Vanguard anti-cheat feature. Think back to the wave of complaints from banned cheaters during beta testing and, much to the despair of those "players," and when the bans were upheld post release. If you were hoping for the continuation of this very informative reading, we hasten to inform you that in recent weeks the team responsible for Vanguard cracked down on more cheat apps and together with the studio Bungie Software sued the creators of many of these programs. The effect of these actions was checked by Reddit user OWPD , who managed to get into the private Discord channels used by cheaters. There he found more than 4.5 thousand complaining "players". The user did not fail to upload screenshots to prove his findings.

The conversations documented by OWPD shed light on a handful of interesting issues. For example, the daily fee for a subscription to a cheat program is as high as $13. However, this does not deter people who are apparently unfamiliar with the words "fair play". Users complained about the loss of 90 to 600 dollars after the disappearance of the cheat vendor, but still announced the use of further "products" of this type. To make things even funnier, here and there the user saw calls to block vendors' accounts on the forum or Discord channel for... cheating (sic!). 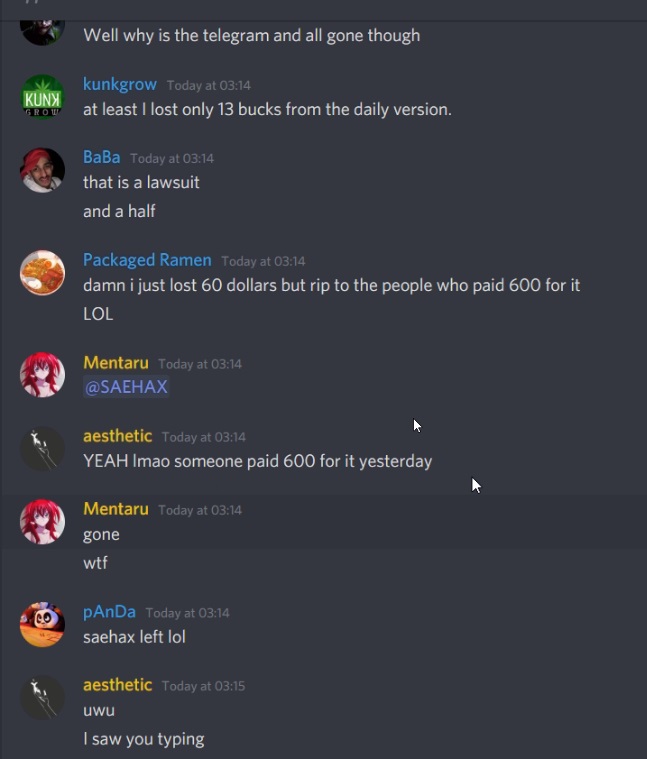 The internet always comes to the rescue when you regain too much faith in humanity. (Source: Reddit).

Unfortunately, the implications here are ambiguous. On the one hand, they prove that Vanguard's development team is doing a good job and giving the chaters a hard time. On the other hand, the fact that at least thousands of people are willing to spend so much money on cheats even after losing several hundred dollars is as amazing as it is sad. With such a zeal, which apparently does not care about expensive subscriptions and lawsuits against cheat vendors, it is unlikely to expect the complete elimination of cheaters. At least not without drastic solutions that would also affect honest players.