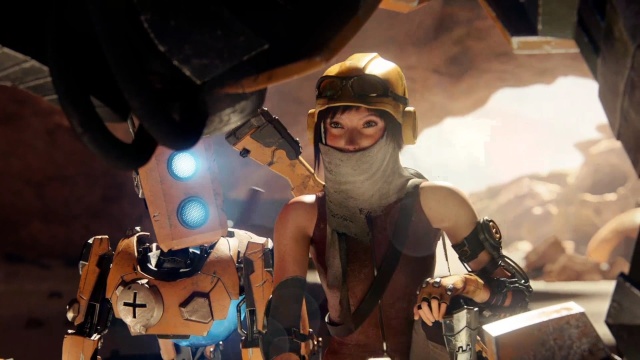 Recore is now heading to both XONE and PC.

It seems that with no big fuss Recore was actually announced for PC. This sci-fi action-adventure game was naturally listed among Microsoft’s other 2016 releases, but surprisingly, it is now said to be coming to Xbox One and Windows 10. PC Gamer managed to get a confirmation of the news from Microsoft, finding out by the way that the launch was pushed back to the second half of 2016. No specific date was given, though, so there is no saying if PC users are going to put their hands on the product at the same time as their XONE-playing friends or later.

Polygon noted this is not the first time the world heard of a PC version of Recore. In August one of the game’s developers’ Linkedin profile was spotted to list Recore on XONE and PC. Before that the title was announced at E3 2015 as an XONE exclusive and hailed as one of the best-looking games of the show.

Recore will present a not-so-happy vision of the future, in which our world is ruled by a faction of man-hunting robots. The game’s protagonist, Jewel, aided by a friendly dog-like robot, will try to restore the previous order of things.

Killer Instinct on PC will be a Windows 10 exclusive