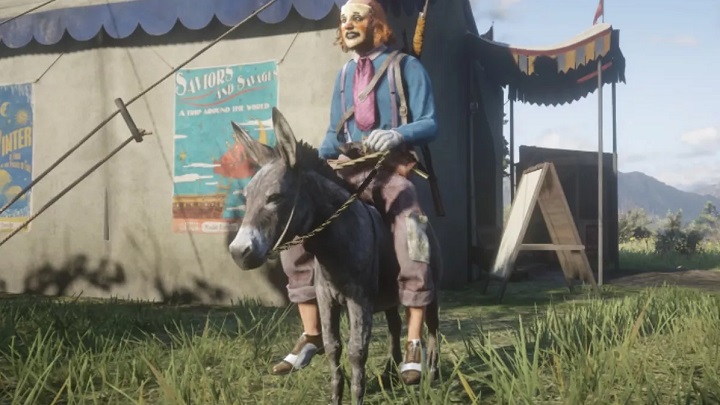 We had alien gangs, but we were not ready for this kind of invasion.

In recent days we have witnessed an unusual protest. Scores of Red Dead Online players disguise themselves as clowns and mess around in the game world. Some groups have even started organizing special events on all platforms. Attractions include boat, car and donkey races, duels on the bridge or under the influence of virtual alcohol, as well as literally any more or less serious activities that come to mind.

How to join the clowns in Red Dead Online?

Joining the RDO circus is not difficult. We just need to be on the game server at the right time, according to the information provided on the game's Discord channel. We don't even need a special outfit. Clown faces are welcome, but optional and above all, currently unavailable. If, however,we are necessarily interested in a disguise, check out Madam Nazar's offer; she may be selling masks again soon. We can also use such elements of our wardrobe as Slack Pants; prize for 59th rank in RDO) and Dress Shoes and change our hairstyle at the barbershop (for example, partially shaving your head).

All this circus may bring to mind the cosmic war from Grand Theft Auto Online. However, in the case of the online western, the players intentions are more than just a desire for crazy fun typical of online games. Clowns in Red Dead Online appeared as a protest against the inactivity of Rockstar. The last new content package - the Moonshiners update - was released last year. The community around the game is not happy with this lack of support. At one point, one of the RDO Discord moderators said that if all players are clowns anyway ("because we believe we'll get the update"), they might as well look the part. 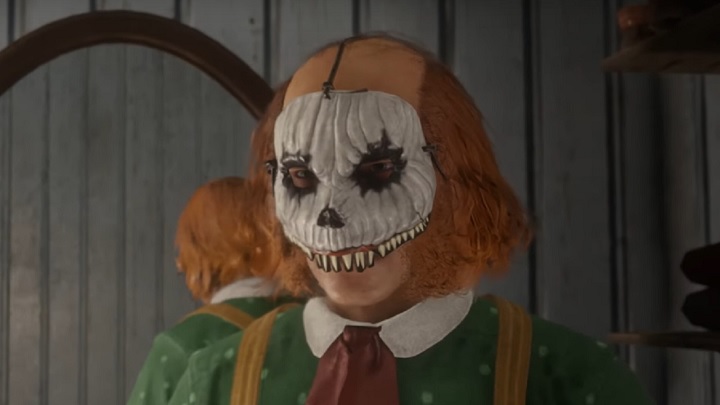 Fans of Red Dead Online probably decided that laughter is the best cure for depression caused by lack of updates.

After such a statement things went down the circus lane fast and social media was flooded with a wave of screenshots and videos with clowns. The recent broadcast of Roger Clark, the actor playing the main character of Red Dead Redemption 2, did not help either. According to Reddit users, one of the viewers asked on Instagram about the clown invasion in RDO. The actor admitted that he is aware of this and hopes we will get an update soon, but Rockstar doesn't listen to him, because - we quote - he can't even make them pronounce "O'Driscoll" correctly. Of course, it's hard to expect Clark to have any influence on the post-release support of RDR2, let alone the game's online module. However, this statement has definitely not improved the moods in the community.