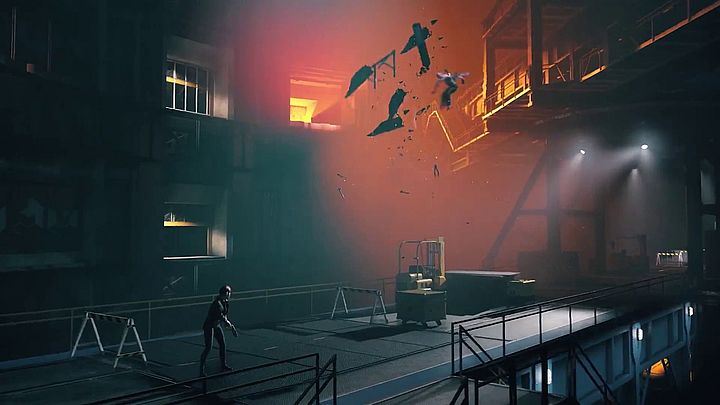 Remedy Entertainment is famous for creating Max Payne or Alan Wake franchises. At last year's E3 fair the company announced a new IP - Control. The studio is commonly associated with titles focused on single player gameplay and high quality narration. This time, however, developers (apart from the interesting story) put a lot of emphasis on gameplay. It's supposed to make Control have more "game in the game" than Alan Wake, for example. The natural consequence of such a situation should therefore be an extension of the game time.

GamingBolt interviewed director (Mikael Kasurinen) and narration designer (Brooke Maggs) from the Remedy studio. In response to the question about the length of the game, journalists have heard that at the moment it is difficult to use any specific numbers, especially as it is a complicated and difficult game, which can be completed in many ways. They added, however, that it should be about 15-20 hours (completing the plot and a few side missions). Such playthrough time seems to be satisfactory, especially since the creators promise a variety of experiences at each subsequent playthrough.

Control is a third-person science fiction shooter in which we will lead a woman named Jesse Faden. When the heroine goes to a secret agency in New York City, the building becomes the target of an invasion of supernatural powers. The protagonist, however, will not be defenceless and will deal with her opponents with an unusual pistol (used not only for shooting, but also for telekinesis). The biggest "oomph" of the game are to be locations, which were inspired by brutalism, and their shapes are to change before our eyes.

Control will hit the shelves on August 27, this year. The production will be released on PC, Xbox One and PlayStation 4.