At this year's E3 fair, the team at Remedy Entertainment could not miss the opportunity to bring to Los Angeles Control - their new science fiction shooter, distinguished by its surrealist style. This enablesd us to take a look at 18 minutes of gameplay from the game, published by GameSpot.

The gameplay starts with a quiet conversation between Jesse (the main character) and the janitor working in the Oldest House (concrete skyscraper, where the action of the game takes plca). Shortly afterwards, things get hectic - the character finds herself in more and more strange places filled with traps, terrain obstacles, and battles.

The combat very dynamic, enabling us to use the character's futuristic pistol (equipped with several modes of action) and kinetic powers that allow Jesse to levitate or lift objects and throw them at enemies. Not every minute of the game, however, will be as intense - it seems that the developers will give us quite a lot of opportunities to chat with other employees of the Federal Office of Control.

A separate mention should be made of Control's graphic design. Not only do the models and their rich facial expressions look impressive, but also the effects of the shootouts or the destructable environment. What's more, Jesse may even tear the plaster from the walls to throw it at enemies. 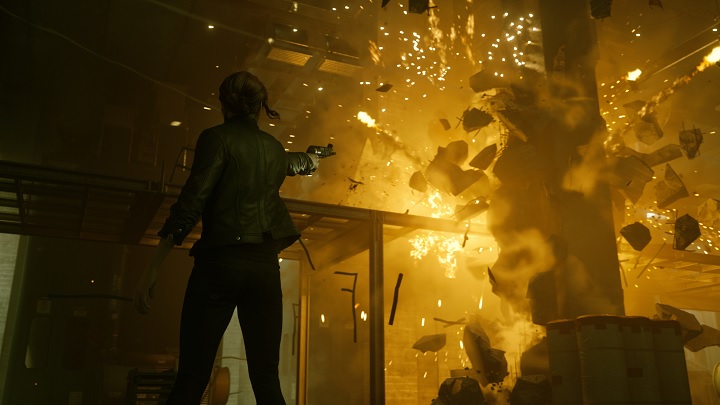 The effects of clashes with opponents may be pleasant.

Control will launch on August 27 on PC, PlayStation 4 and Xbox One. PC gamers will be able to buy it only on Epic Games Store.