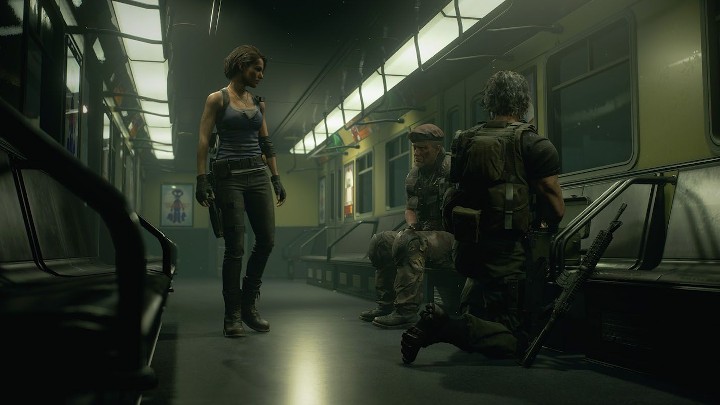 User Cycu1 posted a video on YouTube that compares Capcom's upcoming remake of Resident Evil 3 with the 1999 original. You can watch the video below.

RESIDENT EVIL 3 IN A NUTSHELL:

The remake that announced during yesterday's State of Play stream is being developed on the innovative RE Engine (previously used in Resident Evil 7, Devil May Cry 5 and Resident Evil 2). Probably nobody has any doubts about which version looks better. However, it's worth watching this video to see how much Capcom's flagship series has evolved over the past twenty years.

The main character of Resident Evil 3 is Jill Valentine, a member of the S.T.A.R.S. branch, who as one of the few survived the dramatic events told in the first part of the series. The action of the game will return to Raccoon City, known from the second installment of the series. This time, however, it's not zombies that will be the biggest problem for Jill, but the powerful and cruel Nemesis that is following her.

Remake of the second part of the series, which debuted on the market in January this year, was a great success - both in terms of sales and critical acclaim. The title is nominated in four categories in tomorrow's The Game Awards (including the most important one for the game of the year).

Resident Evil 3 will hit the shelves on April 3, 2020. The production will be released on PC, PlayStation 4 and Xbox One. People who decide to buy the remake will also receive an online spin-off of the series called Resident Evil: Resistance in a set.