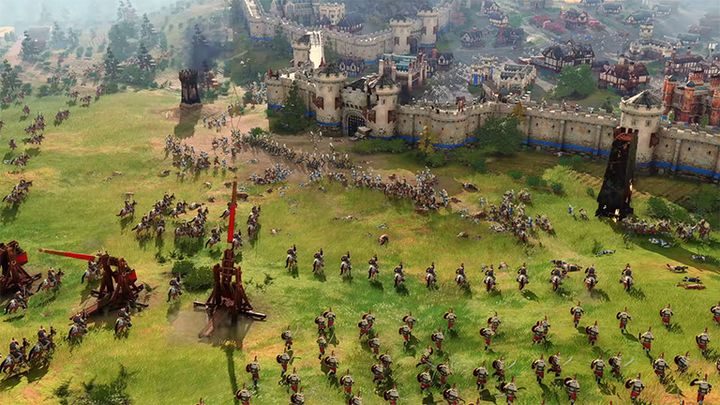 Age of Empires IV will not be a brutal game.

PCGamesN interviewed Adam Isgreen from Microsoft's World's Edge studio, creative director of Age of Empires IV. The conversation touched on topics related to the atmosphere (e.g. the presence of blood and brutality or color palette) and gameplay, and more specifically the game's physics system.

AoE4 without blood and brutality, but that's were mods will come in

The developer said that while there will be no blood and gore in the game, players expecting this type of content will certainly create the right mods.

“We want the game to be playable by as many people at as many age ranges as possible, so we intentionally avoid that to keep our rating [PEGI or ESRB - editorial note] towards the low end of Teen.

However, much like every other Age game, I’m sure we’ll have a ‘bloody mess’ mod (or something as equally creative in name) within a day or so of release by an enthusiastic fan for those that want that in their gameplay," said Isgreen. 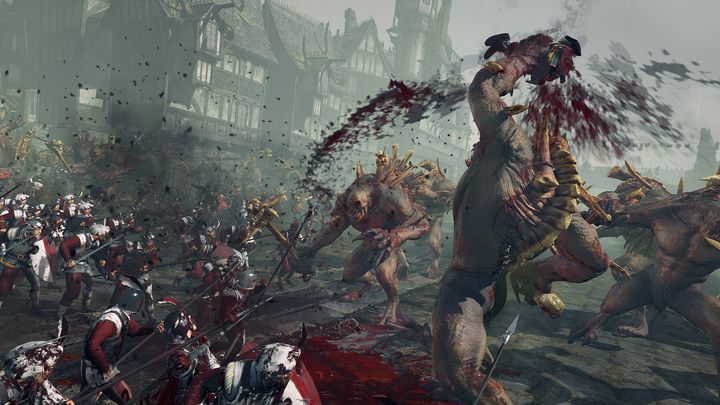 We will not see similar scenes in Age of Empires IV - at least not without mods.

The game will probably include a slider that will enabel us to adjust the intensity of colors, this is due to the mixed reception of the first trailer and gameplay, which, according to some players, looks a bit too sugar coated. The game's creative director also believes that the world in his work looks similar way to that of the previous installments.

“One of the pillars of the Age games has always been a bright, inviting world and we certainly mean to maintain that in Age 4. Given the response to the trailer and the look, I think we’re pretty close to where we want to be. Being a PC game, we’ll be sure to include a vibrancy setting if players want to pull the saturation down a bit,” we read in the interview.

Destruction of the environment will be spectacular, but it is unlikely to affect gameplay

Answering the journalist's question, Adam Isgreen said that Age of Empires IV will also feature a system that will allow for the destruction of a part of the environment. It will be possible to destroy things built by people (buildings, etc.), but not elements created by nature, such as terrain or mountains. The game will not allow the map to be destroyed in a way that would allow for a real change in the topography of the area.

“Semantics can catch here, so let me be specific – I’m interpreting your definition of ‘environmental’ to mean structure/man-made related elements, not, say, blowing up a cliff or causing an avalanche that changes the map topography itself – the latter is something we’re not doing. For man-made destruction visuals, yes there will be all kinds of dynamic elements regarding destruction and really combat in general," said the developer. 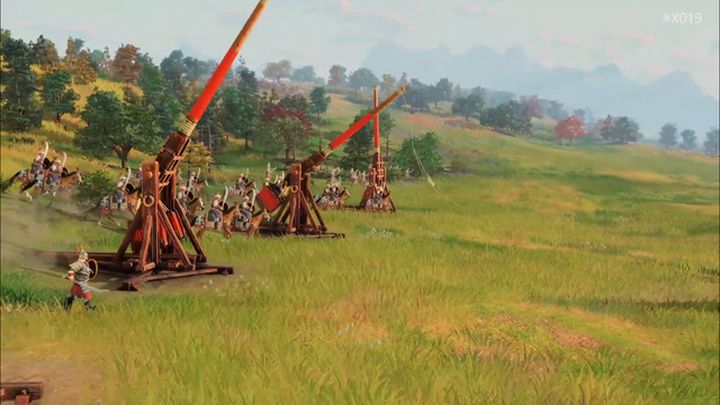 The destruction of the environment will have a cosmetic character.

Additionally, we shouldn't expect physics to play a role in the game that would go beyond cosmetics. According to the developer, implementing this system an a proper gameplay element is very problematic, it makes the combat become too chaotic sometimes, and the wins may not be fully deserved, which should not take place in a strategy game. What's more, it means additional calculations that have to be done on each player's computer in multiplayer mode (which would probably have a negative impact on performance, especially for weaker PCs).

"We go back and forth on gameplay impact, honestly. Let’s say you’re playing a regicide game and you for some reason happen to not have garrisoned your leader – they’re just standing in your well-fortified city, admiring their kingdom. An opponent has a trebuchet well out of range of hitting them, but not a semi-nearby wall. You smash the wall, causing debris to fly (in-line of attack, but still randomly in a cone behind the wall) everywhere, and one chunk happens to hit and take out the leader. GG.

While this would be a ‘moment, it wouldn’t be a fun win, or really a very earned one when it comes to how Age has played in the past; it’s a bit too random and unpredictable," Isgreen argues.

We would like to remind that Age of Empires IV was announced in August 2017. In the middle of November this year, during XO19, we had the opportunity to see the first gameplay from the title. The game is intended solely for PC and so far there is no set release date (although according to rumors the game will be published only in 2021).